MuseWire – COLUMN: Music revenue is poised to reverse a decade-long descent. Yes, you read that correctly. Despite all the dire news stories of the past several years, there are reasons for optimism in the music business. Slowly, inexorably, the economic picture is going to begin improving for artists, songwriters, publishers, distributors and record labels. 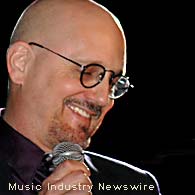 Admittedly, difficulties abound. There are still many nefarious organizations and rogue portions of the population seeking to destroy copyright and erode royalty rates. So far, the fight continues against them, but while creators are still able to earn money from their copyrighted works, this is an ongoing battle that must be waged.

In fact, in the new 6th edition of “Music, Money and Success” (Schirmer), authors Jeffrey Brabec and Todd Brabec present a list of music income sources that includes 66 categories, “ranging from all of the traditional media to music in videogames, apps, electronic greeting cards, downloads and streams, interactive dolls and toys, celestial jukeboxes and more,” Todd Brabec points out. Some of these revenue sources have very small royalty rates, but that will change over time.

In the Cloud & In Your Phone
Meanwhile, there is a lot of speculation about cloud-based sites. “Apple will soon make use of the technology they obtained when they bought Lala.com” is a phrase I hear in many places. Revenue from something like that could be quite a boost for an industry that has taken it on the chin in the last decade.

In addition, the use of music and film in mobile communications is set to exponentially expand as the telecoms offer 4th generation (4G) phones, and while statutory rates have not been established in the mobile2mobile marketplace, there is already a move to develop fee structures to assure payment to copyright holders.

By all accounts, iTunes gives a very good accounting of download sales, but to receive your share you may have to go through a third party such as a record label or a firm like TuneCore. Record companies have control of the balance sheet for physical sales unless and until individual artists have a way to see the data.

Missed Payments
Payments for music broadcasts on TV have traditionally relied on data from cue sheets, but these are notoriously inaccurate. As one music royalty consultant put it, “Payments in many areas can range from ‘correct’ to ‘best guess’ to the CPA version of ‘WTF?'”

For music and movie files sent illegally via computer, the ISPs (Internet service providers) are sheltered from prosecution because of the DMCA (Digital Millennium Copyright Act). This is something that must be changed in the future, but for now, owners of music, films, literature and art can only petition Congress to remove the “safe harbor provision” (which is Title II of the DMCA, by the way).

Still, there are signs that a change is coming. In fact, music sales, broadcasts, file transfers, and streams may all be tracked automatically within a few years’ time. Several companies are moving forward in this area, usually using one of two methods: digital watermarking or digital fingerprinting.

By contrast, fingerprinting involves simply analyzing what might be called the sonic DNA of a song. Included in this audio analysis are tempo, frequency, average power in each frequency band, and acoustic resonances. Rosenblatt again: “The basic idea of fingerprinting is to examine a file, compute its fingerprint as a set of numbers, and look them up in a database of fingerprint values to determine the identity of the content.”

Audio fingerprinting is less vulnerable to attacks and distortions than watermarking, according to Pedro Cano in his study, “Content-Based Audio Search.” He goes on to reconfirm that fingerprinting “requires no modification of the audio content.”

Not DRM
Some people hear the words “watermarking” and “fingerprinting” and immediately
think of the DRM fiasco of several years ago, but there is a very real difference.

“Traditional DRM prohibited content from being used on certain players or devices,” states Hunter Williams, Senior Vice President, Strategic Development/Distribution & Research Operations at SESAC. “What we are trying to do here is to track content as it moves freely through various modes of commerce and media formats. Rather than prohibiting, we are trying to enable the use of content while helping rights holders make informed decisions as to how to best monetize that content.”

TuneSat’s Chris Woods, EVP and Chief Operations Officer, echoes that view: “TuneSat is not a DRM encoder. We do not restrict content usage or imbed unique identifiers into audio files. TuneSat is an independent data provider that facilitates the monetization of our clients content by providing near realtime performance data.”

TuneSat
Back at the turn of the century, a service called Shazam was using audio fingerprinting for song identification through cell phones. Today, technology from that firm are with TuneSat, and as of this writing they monitor 110 national network TV broadcasters in the US and 65 TV channels in the UK, Germany, France and Italy.

“The keys to TuneSat’s success reside in our proprietary technology as well as the ability to detect music in a ‘dirty audio’ broadcast environment,” states Woods. “Even when you have music that is mixed in with or buried under a voice over, sound effects, or ambient noise, TuneSat will detect the song. The music might even be imperceptible to the listener and TuneSat can recognize it and report on it,” Woods added.

If TuneSat has the reference file of your music on their computer servers, they can detect the use of it after only about three-to-five seconds’ playing time, even in a scene with dialog, explosions, wind blasts, and so on.

SESAC began working with BDS in 1994 to track Latin music, and then expanded their association two years later to include all music formats. While relying on BDS to track songs on radio, SESAC recently signed TuneSat to monitor music on television broadcasts.

“SESAC has been using watermarking in conjunction with fingerprinting since 1998, first through our relationship with Aris, which later became Verance, and now through Ruby DS,” states Williams. Ruby DS (the DS stands for DigSound) is a web-based system for watermarked files from a firm called Activated Content. “We continue to support the idea that an all-encompassing tracking solution will involve a combination of fingerprinting and watermarking technologies,” Williams adds.

Landmark Digital BlueArrow
Owned by BMI, Landmark Digital has developed an audio fingerprinting system called BlueArrow and is employing it for radio, TV (terrestrial, cable and satellite), and the Internet. They are also using it to monitor mobile uses of music, although it is not yet clear how BMI writers and publishers are to collect from this.

“Mediaguide is at the forefront of offering a hybrid approach to monitoring radio,” states Steve Lubin, CEO, MediaGuide. “We developed this methodology to serve the differing requirements of our customer base that includes record labels, music publishers, production music companies, artists, advertisers, media buyers and broadcasters.”

According to the firm, they are tracking nearly three hundred million song and advertising detections each year.

Interaction Needed
Thus far, no one wants explain why these services are not recognizing the data gleaned from each other’s monitoring. Still, the very fact that we are getting closer to full-time tracking of music use is great news for every songwriter and music publisher.

The Future
While looking back at music revenues for the past decade-and-a-half is depressing, try looking in the other direction. If you look forward, there are new opportunities for copyright owners practically everywhere. Factor in the growing movement towards needed enforcement of intellectual property rights and the ability to have real-time 24/7 monitoring of music use, and you begin to see a very pleasing picture.

“Content owners will continue to look to tracking technologies like TuneSat to protect and monetize their assets,” Woods states. “This will be critical to their survival in a rapidly evolving digital environment,” he adds.

With the spread of digital fingerprinting, the establishment of rates for mobile use of copyrighted content, and a minor amendment to Title II of the DMCA, the motion picture business will avoid disaster and the entire music industry will be flourishing.

EDITOR’S NOTE: updated 11:15am PDT, to correct sentence, changing word executives to technology, as so: “Today, technology from that firm are with TuneSat….”