Your Music in Europe

MuseWire COLUMN: Unlike the USA, music lovers in Europe are likely to embrace multiple genres and styles. As international music artist Anand Bhatt puts it, “The tastes of music buyers in Europe aren’t as dependent on what’s piped through major media. They’re much better at thinking for themselves, and therefore they make more eclectic choices more often.” 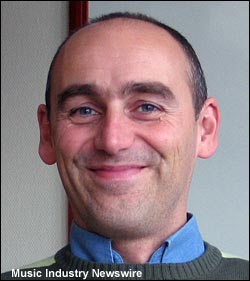 So if you are not the type of artist who fits neatly into a predigested and rigidly programmed type of pap, er, pop, you may discover that you have fans in the European Union (EU) and that your songs are receiving airplay, club play and sales. And remember, the EU consists of 27 countries with a total population of about 500 million, so this is a major marketplace. (PHOTO: Scott Farrant of STIM.)

The problem for many USA artists is one of how to collect the money earned by your music. While there are reassuring statements from the North American performing rights organizations that they are attempting to collect globally on your behalf, there are obstacles to this taking place. And if you are hoping that your songs are getting licensed for use in the EU, then you need representation there.

Compounding the challenge, for many years it was necessary to obtain sub-publishing representation in each of those 27 countries. Good luck with that. There are firms that already have agreements in place, but they are quite selective about the artists they represent (read: ya gotta already be selling a bunch of tuneage overseas or they won’t want to bother with the likes of you). And even if you make it past their gatekeepers, the world of sub-publishing has been known to grab upwards of half the income.

“Within Europe, music licensing has traditionally been dealt with on a country-by-country basis as individual copyright owners assign the worldwide exploitation rights in their works to their national collecting society, which then licenses copyright works on its members’ behalf,” write Brooke Whitaker and Emily Forsyth in an excellent overview from Bird & Bird LLP. “This outdated model has restricted the growth of legal online content distribution, which has driven the problem of illicit filesharing.”

Enter the concept of Pan-European Licensing. The idea has been in the works for years, and it’s a great one: you sign up with one firm and voila, your music is represented in 27 nations. At a recent presentation of the AIMP (Assn. of Independent Music Publishers), Scott Farrant outlined a new proposal from Sweden’s performing rights society, STIM (Svenska Tonsättares Internationella Musikbyrå), an English-speaking organization. They are launching a Pan-European Licensing platform for American independent music publishers.

The STIM initiative, which is called “WOI,” will collect download and streaming publishing royalties from Europe’s 27 countries. An excellent overview of the proposal appears on Cedar Boschan’s Auditrix blog. “As Farrant pointed out, WOI is as close to ‘at source’ as publishers can get,” writes Boschan, a royalty auditor at Hurewitz, Boschan & Co. LLP. “Provided enough publishers join, STIM thinks it can limit collection fees to 10% and US publishers will receive quarterly accountings directly from STIM, without having to wait for a subpublisher to process the royalties (and take a share),” Boschan adds. The idea of “at source” accounting is to protect songwriters from having extra fees or percentages deducted from payments as they pass from one territory to another.

In outlining some of the details on how the new initiative will work, Farrant said that complete information on licensing terms will be made available via the STIM/WOI website. In addition, he noted that “the US independent publisher has the flexibility to suggest changes that will be put forward in the negotiations process, or opt out of the license altogether. When you sign up with WOI, you are under no obligation to license your content until and unless you are satisfied with the terms of the license agreement.” In other words, you can join WOI but you are still under no obligation to license your content via because your relationship with WOI is strictly non-exclusive.

“If you are an independent music publisher in the United States or Canada,” Boschan notes, “what is your strategy for collecting European royalties derived from digital exploitations? Have you looked into joining one or more pan-European licensing initiatives? If not, why not?” Good questions.

STIM is being about as open as possible about their plan. For example, you can ask questions by contacting Scott Farrant directly. His email address is: scott.farrant@stim.se. STIM is not the only organization offering Pan-European Licensing arrangements, but it so far sounds like the most potentially profitable to USA-based songwriters and publishers.