You really think you are ready for management?

COLUMN: So you have the music, the show, the look … and you figure that all the business stuff just needs to be handled by someone else. I mean, you are just that good. All you need now is the management, the agent or the label to make it happen. That’s how it works, right? You can still make a fortune, right? I mean, come on, you are the artist, you don’t have to deal with the business end of things at all. Right? It worked that way years ago and that’s how it still works, right?

No way. Think again. You are wrong across the board, and your lack of reality will keep you unnoticed, unheard and penniless (unless you want to keep that wait staff job for the rest of your life). 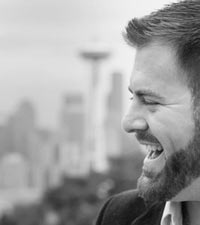 On the flip side of that penniless coin, if by the minuscule chance you actually got that person to handle everything, then you better believe they are going to take the equivalent when it comes to pay.

The disconnect with reality seems to stem from the idea that as soon as someone magically puts the music in to the right hands, all this money will be made for everybody. There is no consideration or acknowledging that development has to take place.

If you haven’t developed the business side of things and are just expecting that to be handled by some one else, then you better be patient, because it is going to take a whole lot of time and a whole lot of money. Oh yeah, and if you are not funding that development, then you better believe they will not only be looking for return on the investment put in to your project with interest, they will also want a pretty big piece of the pie since they stood behind you when no one else would.

Lastly, don’t forget you are now more than likely locked in a contract that will give this group or person percentages well after you have moved on, and while that might make no sense to you, it more often is the deal and even a little more for them.

There is more involved. Many managers, agents or even labels need to justify spending the time or money on you. The more you cost, the bigger the chance they are taking on you, the more you will pay in interest and percentages down the line and for a long time. When it comes to risk, it has nothing to do with that amazing song, it comes to the whole package. Think about it, you have heard some awful bands and awful songs that have gone through the roof with success and others that are so much better in your opinion that haven’t gone anywhere.

So when are you ready?

In a day where every dollar counts, why give it away when you don’t need to?

In a day where less and less money is being invested in to bands, when it actually is, these investors are owning as much as possible, so why give all the extra control and money up?

In a day where there are more and more bands that are a higher risk, why not be one of the safest and most secure bets?

Simply put, organize all you can with the branding, promotional and marketing materials. If you can hand off something already in place, uniform and prepared that might only need a tweak or two, you are saving the time and money of that manager or agent and bringing you both closer to making the most money possible.

If you can record the best album possible with your money, small investors or donors to present and be used for sale, distribution and promotion, then you won’t have to be in the studio with a record label, spending their money and time on creating a product, you could have made and owned much more of. If you bring in the product, they can spend the time with distribution, support and putting time in to the things that will make more money for you faster as well as make it so that you have to pay back a lesser amount and more than likely control a greater deal more of your percentages all around.

Prepare as much as you possibly can. Work the content, the bios, the taglines, the logos, the music, the social networks and websites as well as all the bells and whistles that you can pay for yourself or work to find others that will only need their investment back instead of massive interest and wild percentages. Work to be your own agent or manager first. Build the product, the package and the plan, then go to the label, the manager or the agent and be able to use a higher echelon, more experienced and more effective person or team to take what you have already created and start as effective, productive and profitable right out of the gate.

Closing thought. An indie band that has management, a label or some kind of representation can make 200,000.00 in 8 months and you would think that would be more than enough to live on right? But after you take out all the percentages for all the work that was done to develop all the things that the band could have slowly done themselves, they are walking away with 20,000.00 before taxes and then break that out between four guys and they didn’t even make enough each to live for two months after the tour.

Those numbers are realistic, the percentage though extreme is far from an extreme in today’s industry. These bands that have felt the pain of playing in front of thousands for months at a time are coming home in debt, needing to pick up jobs and stuck in contracts and agreements they cant get out of. The band that took a little longer, found investors and donors at zero percent or some kind of fair interest are able to pay back their investments and maybe in a worst case scenario, after manager, label and a few other people they only bring in 50 percent. That is still one hundred thousand dollars and 25 grand for four guys is not too shabby. So patience is the rule in checks and especially balances.

“The Artist’s Guide to Success in the Music Business” written by Loren Weisman is releasing on Friday, April 16th, 2010 and there will be a launch party in Seattle, Washington that evening.

For More information on the release and the book, visit http://www.artistsguide.net