The Kids are All Night 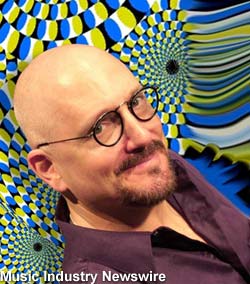 MuseWire COLUMN: It’s eleven o’clock at night and I am being driven down a pleasant tree-lined residential street in Van Nuys, one of the three dozen cities in a section of Los Angeles called the San Fernando Valley. Or just “The Valley,” as it is called. As in “Valley Girl,” the Frank Zappa hit song from 1982, and the movie of the same name from 1983.

There are nice single-family homes on this street. The neighborhood seems quiet and well-tended. Homes in the area are on the market for anywhere from four to six hundred thousand dollars.

Without warning, the houses end and the buildings are suddenly industrial-sized. A couple of them are new brick structures offering commercial office space, but there are also some older and decidedly less-spiffy retail establishments like auto body shops and the like. At the next intersection is a different kind of body shop, an institution that is known as a gentlemen’s club, in this case one of a chain operating under the name Spearmint Rhino.

Clearly, the zoning commission has put an interesting line of demarcation right up against those nice homes. The Valley is like that. More than a million people live here, with lots of contradictions in zoning, parking and building laws, plus the insanity of having the gringo North/South/East/West streets butt up against the in-line-with-the-sun design of the original Spanish inhabitants.

My companion parks the car and we walk to one of the unmarked industrial buildings. It is guarded by a tall black iron fence, and its gate is being guarded by a tall, white (but dressed in black) bouncer. After giving the secret handshake and the code words and what-have-you, we are admitted to a parking area filled with smokers. It’s an ugly and dispiriting sight.

We turn back towards the street to inhale a chest full of untainted air, hold our breath and scoot through the nicotine addicts, bobbing and weaving like a gay Republican at his first press conference after being outed. We race up to the two-story sheet rock building, pull open the door and practically leap inside, when suddenly we are confronted by three more bouncers of various sizes (all large) and are subjected to what is commonly called a pat-down. Actually, it was closer to a slide-up-and-down with a few squeezes on my keys in one pocket and my cell phone in the other. This might have offered some enjoyment if the bouncer looked more like Angelina Jolie and less like Marmaduke, but hey, it was out of my control. Beggars can’t be choosers, and all that. We were on The List and didn’t have to pay for all this fun.

Things That Go Thump
We go through two more doors and . . . the sound hits you in the head-chest-pelvis and you are lifted, buffeted, transported by The Beat. Which is a good thing since it was sometimes difficult to know where to put your feet because the lighting in the room is alternating between strobe-from-the-sun brilliant to feeling-under-the-car-backseat-at-midnight murky.

Alcohol and Red Bull are for sale from a card table in the corner, and people are openly smoking marijuana, contributing to the atmosphere of purple haze that swirls from floor to ceiling and back again.

It’s an all-ages crowd, meaning that the two of us were there alongside throngs of people who were between (ahem) twenty-one and thirty-four. So the place was filled with the primary advertising demographic. Except for us. Yet those of us in our group actually have the ability to make major purchases, while the most expensive thing these folks bought lately would be some of the ladies’ combat boots. Oh, and the do-me pumps worn by the gals with too much make-up.

Movement
The crowd bounced along to The Beat but you wouldn’t exactly call it dancing. Every now and then, some sections of the tribes would shift positions, creating a kind of human ebb-and-flow as the music poured over them like warm syrup onto hot waffles.

Occasionally, you would see a group of two, three or four people put their heads down, then up to the sky with a hand cupped over their mouths. It looked a bit like group prayer followed by the miming of a Native American harvest ceremony. Until you notice they were just leaning forward to see the selection of pills in one person’s hand; they would grab one and pop it into their mouths, seeming to make a point of being able to swallow it without the aid of the energy drinks or the libations.

The “Ah Ha!” Moment
Wait, I say to myself. Let’s consider what is occurring here: An industrial building. No signage. Secret guest list. Bouncers. Pat-downs. Alcohol and drugs. Darkness with explosions of light. And the wonderful thumpa-thumpa-thumpa of a four-on-the-floor tribal rhythm that is both ultra-moderne and charmingly retro at the same time.

Okay, I have stumbled into a rave.

Hmm, do people even call them that anymore? Sure, why not. Nice music. Techno-dance, industrial-dance, house-dance. I kept hoping to hear something by Jonny Harmonic, James Sotelo, The G-Man, or any of the Golosio artists and songwriters. But it was not to be.

A line-up of DJs kept the music flowing, taking us through various sonic landscapes of joy and passion. Occasionally, a fever-pitch was reached, with just a hint of aural assault, but before we could protest, everything got back into that swooping and swirling and shimmering journey into stimulated bliss that is electronica’s glory ride. Time expands while standing still when the music connects with head and hips.

(Pause for reflection on those last couple of sentences. Because, well, as I said, a contact high.)

The sound system was truly awesome. Clear, crisp, pulsating. You felt it as much as you heard it. Yet it never seemed to attack your ears. I was having a very good time indeed. For a while, anyway, perhaps as little as an hour, perhaps as long as part of eternity.

Okay, I confess: we left early. Meaning we left before the expected conclusion to the event which would be just prior to sunrise. The kids are all night. And after all, it’s their neighborhood; we were just visiting.