The Early History of Capitol Records 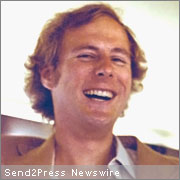 In Capitol’s 1955 annual report, Glen Wallichs wrote: “Thus, the world-wide resources of EMI, as a majority shareholder, stand firmly behind Capitol’s position as a major record label nationally and internationally.” In retrospect the merger made sense for both companies. Capitol became part of an international company and EMI acquired a significant foothold in the U.S., obviously a major music market. In January 1956 Capitol and EMI entered into the first of a series of what were called Matrix Exchange Agreements (“MEA”), subsequently renewed and amended. Pursuant to the MEA EMI undertook to supply masters to Capitol and Capitol to EMI in consideration for a license fee equal to a percentage of the retail sales price in the country of manufacture. Because each company had rights of first refusal to the other’s product the MEA was the foundation of the operating relationship between Capitol and EMI.

Audio Devices, Inc., a manufacturer of computer and recording tape, acquired EMI’s stock in Capitol Records in January 1968 in exchange for Audio Devices’ stock. This was not a true acquisition but rather a reverse merger in that Capitol was the surviving company. Audio Devices changed its name to Capitol Industries, Inc. In February 1968 Capitol Industries made a tender offer for those shares of Capitol Records’ stock (50 minority shareholders who owned approximately 6.5%) that still were publicly traded. Audio Devices had an existing base of publicly-traded shares so EMI’s ownership in the new Capitol Industries was reduced to approximately 72%. The remaining 28% remained publicly traded.

The rationale for the merger is difficult to reconstruct retrospectively. The proxy statement says, “After the merger is completed it is intended that the combined efforts of Audio (Devices) and Capitol (Records) will be directed towards an active acquisition program designed to further strengthen and diversify the combined company.” Capitol Industries’ 1968 annual report however states “Fiscal 1968 was a difficult year … Unusual problems were encountered in all areas, many industry-wide and of a nonrecurring nature.” One of the main problems was the transition to stereo LPs as a result of which Capitol’s inventory of monaural records became obsolete. Capitol also had incurred large retail credit losses in connection with its operation of the Capitol Record Club, which it sold in May 1969 to Longines Symphonette.

Figure 1 depicts Capitol Records (then, Capitol Industries) net sales from 1943 to 1978. Figure 2 depicts return on sales (“ROS”) for the same period. This information comes from Capitol’s annual reports, Form 10-Ks and other documents filed with the U.S. Securities and Exchange Commission for those periods when Capitol and Capitol Industries were publicly traded companies. For a brief tutorial on interpreting financial information, see this note. As both Figure 1 and Figure 2 show, the most likely rationale for the merger was that Capitol was in financial trouble and had to do something to shore up its operating results.

Evidently management did not think the Audio Devices merger went far enough so in March 1970 Capitol Industries acquired all of the stock of Merco Enterprises, Inc., a small record distributor and retailer. As with Audio Devices it is difficult to reconstruct the rationale for the merger retrospectively. The prospectus states Merco was “not a significant factor in the wholesale record business in the United States.” Capitol Industries wrote off its entire investment in Merco in May 1974, taking a loss of $2.8 million. Capitol retained a few Merco stores called “Music Den,” which it closed a few years later – partially in response to conflict-of-interest complaints from Capitol customers, such as Tower Records. Most likely Merco-Music Den was an experiment in music retailing gone awry.

From September 1974 through March of 1978 EMI continued to repurchase shares on the same terms. After July 1975 there was no record of anybody else buying or selling shares. Finally in October 1978 EMI (through intermediate subsidiary holding companies) made a tender offer for all of the remaining shares at a price of $27.50 per share (evidently it paid off for the 880 minority shareholders who hadn’t previously tendered). The prospectus states, “Mail sent to the last known addresses of approximately 65 shareholders of record has been returned undeliverable.” The prospectus goes on to state, “The present proposal will afford all of the Company’s remaining public shareholders the opportunity to realize a price which the Company believes fair, and without the need to attempt to locate a willing private buyer or to pay brokerage commissions.” From EMI’s standpoint, EMI still had to “disclose extensive details concerning its operations and financial affairs, all of which information thus becomes available to the Company’s competitors, suppliers, artists, customers and others with whom the Company has dealings. … Management believes this may put the Company at a competitive disadvantage in some situations.” The tender offer was successful and there were no public shareholders after then.