Networking: The Glue that Built the Empire

MuseWire COLUMN: “A house divided against itself cannot stand.” Abraham Lincoln quoted this basic concept of unity versus isolationism in his famous speech to the Republican Convention of 1858. 600 years later, Admiral Spock, as he lay ill onboard the Starship Enterprise, uttered with his dying breath, “The needs of the many outweigh the needs of the few.” 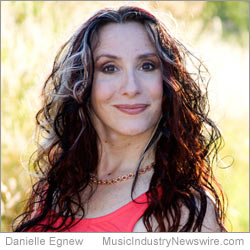 And, back here on planet earth, let’s not forget the crème de la crème of all networking success stories: Facebook.

Networking is an essential part of any successful business, and it’s even more important if one’s business is entertainment. With so many facets of the entertainment business needing attention at all times, it’s virtually impossible to cover all the bases unless one’s budget is nearly the size of David Geffen’s. Pending a hot lottery win or a ridiculously charitable visit from Mr. Geffen, the 21st century entertainment business model is now more dependent than ever on reaching out to reputable business partners and sharing both strengths and resources, so that the whole may be uplifted.

However, before any resource-sharing can be had, one must establish personal relationships with those in their field with whom they wish to connect. And let’s face it – in this virtual world, the art of face-to-face communication is a dying practice. Business lunches are replaced with email, texts replace phone calls, and before one knows it, opportunity after opportunity grows cold and disappears beneath a heap of bankruptcy and Viagra spam in one’s inbox. That’s why person-to-person networking is more important than ever, and truly sets apart mere potential business relationships with relationships who also wish to do business.

Though all of us are busy, we should never be too busy to reach out interpersonally in the name of our passion. When networking becomes “working,” it’s time to either take a break, or send someone else in the name of your business that is capable of extending the excitement and energy that’s necessary to entice others to participate with your company’s vision.

Networking is not to be confused with “soliciting.” This is often where many potential business owners, especially those navigating the often times desperate waters of entertainment, can often go astray. I see this misinterpretation of business etiquette quite often here in Los Angeles. And, once a premature solicitation has been made before a personal business relationship can be established, well – the door is slammed behind the stunned solicitor. In the touchy atmosphere of entertainment, especially here in Hollywood, that breach of etiquette is the kiss of death for any entertainment company.

Slow and steady wins the race.

Networking is an ongoing interpersonal process. Soliciting is a procedural one-off request. A solicitation may take place once a strong networking relationship is established. And let’s not forget the benefit of interpersonal networking to both parties – the ongoing process gives everyone the opportunity to decide whether or not the other will be a reasonable working partner. Simply because a business may have goods or services that, on paper, would be beneficial to another, the personalities behind the business just may not mesh. And that’s okay – not everybody is put on this earth to “like” everyone else. Even if the goods or services are incredibly enticing, a true networking relationship won’t work if there is interpersonal tension, no matter how juicy the carrot that’s being dangled.

Networking isn’t always about “what you can get” from another, either. Sometimes it’s about branding – getting your company’s name out among the masses. Sometimes it’s about philanthropy, and reaching out to perhaps back a benefit, or contribute to a community function. No matter what the motivation, the process of interpersonal networking is a commitment of time and emotionality. Without both, the proper bonds necessary to establishing a network simply cannot be made.

The advent of the internet and virtual marketing has both been a blessing and a curse for the entertainment industry as a whole. Though small business distribution access to consumers has soared though outlets such as CDBaby, Amazon and iTunes, there are literally hundreds of thousands of new mp3’s hitting the internet per MONTH. The problem for any entertainment company is how, then, to separate their artists from the flooded marketplace. The answer to this confusing numbers equation is in outreach. And, the answer to outreach is in numbers. Sound like one of those ridiculous word problems in 8th grade algebra? Let me clarify.

Sound too colloquial? Well, consider what has more marketing power — an ad blasted to 50,000 people on Facebook – “If you like Zepplin, then buy Joe Blow’s new album! Click here!” OR 200 people on Facebook who are personally commenting about how killer Joe Blow’s album is? Survey says: A fraction of human enthusiasm will trump fifty times the impersonal repetitive advertising. Just look at the download and album sales to clarify the debate.

Think of networking this way: The music community is now like a rushing river. Each water molecule in the river is an artist, with millions and millions of independently produced albums rushing quickly past the consumer, who is standing on the bank. The consumer is thirsty, but is too overwhelmed by the volume of water to bend down and take a drink. If we wish to reach the consumer, we must help them make sense of the river. We must provide them a cup, scoop water from the river, and hand them a drink. For some entertainment companies, this may prove difficult. Perhaps they have excellent access to the river, but don’t own any cups. Or, perhaps a company has a stash of cups, but no riverfront access. Or, a company may have terrific riverfront access and plenty of cups, but a bad back, and they can’t bend over.

This is where networking comes in handy. Three companies can approach the same one consumer, and hand them one cup, in which, the water keeps flowing again and again, without fail, representing artist after artist. But scooping the water to hand to the consumer takes effort, each time, and by dividing the effort up through networking, no one company runs out of cups, or pulls their back, or wears out their riverfront access – and the consumer stays satiated, artist after artist.

As example, an artist could be recorded by Tin Star Records, gig-exchanged with Maurice the Fish Records to end a press-supported tour in the Northwest, and be placed in film or TV through Ave Vox Music Group while being spun on the radio in three states thanks to all three labels — and visa versa, down the line. The Tin Star artists reach out to new markets and sell product to new fans, Maurice The Fish Records makes a booking percentage, and Ave Vox Music group makes a placement percentage. Everyone gains thanks to the strength of the network.

This network would not have been made possible without all of the interpersonal trust established in the networking collective. Trust, just like word of mouth, takes effort to build. Granted, I’m blessed to work with dear and talented long-time friends on all three of these labels. Yet you know the old saying: A stranger is just a friend that you haven’t yet met.

Networking is the life-blood in the body of the entertainment industry. Professionals choose to work with people, not services. And the only way to meet people is to MEET them. The best way to accomplish this is while networking. Make a point to meet someone new within your industry this week. You never know – it may be David Geffen.

Article Copr. © 2011 Danielle Egnew; originally published on MusicIndustryNewswire-dot-com before the site was revamped as MuseWire.com in March 2015.