COLUMN: There may be a world of money waiting for songwriters, publishers and performers, but collecting the revenue internationally can be perplexing. It is so complicated, in fact, that the California Copyright Conference (CCC) dedicated one of their monthly programs to the topic. 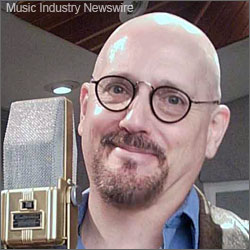 The CCC panel called “Music Rights: A Global Perspective” touched on some of the important issues facing songwriters and music publishers. As a result, many people I contacted wanted to delve deeper into what might be called the international musical monetary fund. Let’s take a look at a few of the issues.

Neighboring Rights
This term has a specific meaning in the music industry, although the basic concept refers to rights held by one person simply because of rights held by another. In music, for example, the owner of a song is the copyright holder, but the performer enjoys rights, too. The performer’s rights are somewhat in conjunction with the copyright owner, hence the term “neighboring.”

For many in the United States, this concept seems new, but neighboring rights were enacted after 1996 and then amended to the Copyright Act.

Dennis R. Sinnott of Christel Music says the term refers to “the rights created by performers, producers, broadcasters, and anyone else (other than the composer and or lyricist of a song), who takes part in transmitting and or performing a work to the public.”

Getting right to the bottom line is Gino Olivieri, President of Premier Muzik International Corporation, who states that “Neighboring Rights are the rights of performers and makers of sound recordings to be paid fairly for the broadcast and public performance of their works.”

Which brings us to a controversial proposal here in the U.S…

Performance Rights Act
This is “a proposed update to American Copyright law,” notes Jeannine Coppola of law firm Wahab & Medenica. The law “has long exempted terrestrial radio from paying royalties to performers, even though satellite and digital stations have been required to do so for several years now.”

By enacting the Performance Rights Act, Coppola points out that “American performers would also be entitled to royalties overseas, where currently they do not benefit from their songs being played on international airwaves.”

Basically, if we in the U.S. do not pay performers for broadcast performances, then many foreign countries will not pay, either. In other words, in addition to the fairness of the Performance Rights Act, there is also a global imperative.

The possibility of passing the Performance Rights Act is enticing to many. “Obviously, a new source of income is created for artists and record companies (as well as background singers and musicians) that did not previously exist,” notes Steve Winogradsky, an attorney with Winogradsky/Sobel in Los Angeles.

“How much income will be generated will be determined once the bill is passed,” Winogradsky continues. “A possible downside is that the license fees paid to the performing rights societies — ASCAP, BMI and SESAC — for writers and publishers may decline as a result.”

Is that a real possibility? “The legislation is drafted so that there is supposed to be no negative impact on those license fees but market conditions might affect the future negotiations stations have with those parties,” Winogradsky adds.

Still, there is optimism from many quarters: “It is exciting that terrestrial radio broadcasts in the United States may begin to generate sound recording performance royalties for artists and record companies, and that this may unlock a whole new stream of reciprocal income from abroad,” states Cedar Boschan, a partner in the auditing firm Hurewitz Boschan & Co.”

Olivieri is perhaps even more optimistic: “The results of this act will benefit publishers, performers and labels around the world.” He notes that “the influx of world royalties coming into the USA will surely multiply substantially. Being on the same reciprocal royalty scale as major territories of the world would be beneficial to everyone.”

Pan-European Licensing
For years, music licensing in Europe has meant interacting with country after country and with a large number of agencies. Creating a uniform approach called pan-European licensing is a goal of many throughout the EU (European Union) and the rest of the world.

Boschan says “The time has come for publishers to consider whether a pan-European licensing initiative – such as the UK’s Independent Music Publishers’ European Licensing (‘IMPEL’) initiative – will help increase licensing and collections of such digital royalties,” further noting that “Many American publishers have difficulty collecting download, streaming and mobile royalties from all European territories.”

Obviously, music publishers are encouraged by this, and so are artists and songwriters. Anand Bhatt, an artist with Sonic Wave International, welcomes pan-Euro licensing: “If the costs aren’t high, it sounds like an effective and efficient model! Europe is a great consumer of music. The tastes of music buyers in Europe aren’t as dependent on what’s piped through major media as we are in the States. They’re much better at thinking for themselves, and therefore make more eclectic choices more often. If European licensing were more streamlined for the licensee I can foresee it being profitable for the industry as a whole.”

Christel Music’s Sinnott adds “GEMA (the German performing and mechanical collection society) and the United Kingdom’s MCPS-PRS alliance formed CELAS GmbH – creating a license program for online and mobile use in Europe which appears to be doing well. I believe BMI has agreements with certain societies for Pan-European licensing.”

Emerging Markets
For a long time, the concept of copyright protection of intellectual property was unknown in many parts of the world. Today, however, there are some glimmers of hope. “It will be interesting to see the impact of new copyright laws in China and India,” Cedar Boschan notes, “and to see whether Nokia’s Comes With Music will be as successful in Asia as it has in Latin America.”

Boschan continues: “You can’t ignore the trend of increasing revenues from Russia, the Middle East and developing countries in Latin America and Asia, particularly as mobile phones saturate these markets. However, whether U.S. publishers own repertoire that will be in high demand is another story. Publishers must adapt to changes in music consumption in order to do well in our global marketplace.”

How do people collect in emerging markets such as China and Brazil? “We are all having issues with China,” Gino Olivieri says, “as it does not have a copyright system and we are all awaiting the day it will join with the rest of the major territories of the world. Brazil and many other countries in South America do have a great marketplace, although they are just recently coming into the world of paying sizeable royalties to foreigners.”

Premier Muzik International, for example, attempts to sign directly to the main society in each foreign territory and collects for their members. In other situations, they use agents or satellite partners. “Publishers and performers need to understand one golden rule when it comes to collecting around the world,” Olivieri points out. “You get what you pay for. In other words, it’s important to understand that if you want good service and transparent accounting, you will end up paying for this service.”

Tracking Your Music
When your music is broadcast somewhere around the world, are you being paid? Often, the answer is no. This is partly due to some of the challenges mentioned in this article, but it also has to do with the fact that there is no uniform digital “fingerprint” method for tracking the use of music.

Christian Sarrazin, VP of Industry Relations and Strategic Intelligence for SOCAN, notes that “Data management has become a central issue for music and other cultural industries in this digital age. What is being used by what user, who owns what, and what to pay to whom – these are questions in rights management that are increasingly difficult to answer in an effective and satisfactory way.”

The use of music has grown exponentially because of the Internet and the spread of mobile devices. How can songwriters and publishers get a handle on the music that is flowing across all these portals? “Collective Societies are doing their part in standardizing processes,” Sarrazin states. He points to “a unique identifier for musical works – the International Standard Work Code (ISWC)” and “the establishment of an e-commerce infrastructure that works for music through the Digital Data Exchange initiative (DDEX).”

Let’s hope that is just the start of advancements in this area. For too long, creators of art and music have been financially raked over the coals when it comes to being compensated for their work.

Steps You Should Take
Steve Winogradsky says “For any publisher, having good representation in foreign territories is crucial.” But how should an independent music publisher in the USA proceed globally? “Having sub-publishers is important,” Winogradsky continues, “because the policies and activities in each country are very different and having a local representative act on your behalf can make a big difference in the timeliness and amount of royalties collected as well as the protection and enforcement of your copyright in that territory.”

Gino Olivieri adds “You would be surprised to hear that many will say, ‘Oh I am part of ASCAP or BMI’ and insist they will get the mechanicals collected by them. The truth here is that if a publisher does not have a local sub-publisher in a territory where his copyrights are being aired/performed, then that money will eventually be either lost or go into that infamous black box. A good publisher will always opt to have representation in territories where his repertoire is being aired/performed UNLESS they are directly signed to each society around the world.”

Disclosure: Scott G. is on the advisory board for the CCC.