COLUMN: You probably noticed that the music business is more about business than music. As a music publisher, this fact is made clear to me every day, but it really hit home this month in events held by the CCC, NARIP, AIMP, PMA, and NMPA. 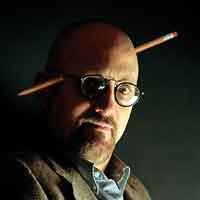 Si, Si, Si
September is the start of the fiscal year for the CCC and they usually decide to kick off their programs by featuring a speaker with broad general appeal. This doesn’t mean the evening is light on information, just that the information will be coming at you from an entertaining perspective.

This year’s opening event starred Jerry Leiber and Mike Stoller, legendary writers of songs that have kept people singing and dancing for nearly half a century.

Here’s a list of Leiber & Stoller songs you have heard at some point in your life: “Hound Dog,” “I Who Have Nothing,” “I Keep Forgettin’,” “Is That All There Is?” “Jailhouse Rock,” “Kansas City,” “Spanish Harlem,” and “Stand By Me.”

In an often ribald and uproarious presentation, Leiber and Stoller were interviewed by entertainment attorney Michael Morris (of Valensi Rose) and David Ritz, the co-author of their recent autobiography, “Hound Dog” (Simon & Schuster, ISBN: 978-1-4165-5938-2).

The anecdotes came fast and furious, each one illustrating some of the pitfalls in the industry, such as businesspeople attempting to grab part of your songwriting credit or, worse, grab some (or all) of your publishing income. Their confrontations with Willie Mae (Big Mama) Thornton and Elvis Presley’s manager, “Colonel” Tom Parker, were instructive and hilarious. I know that one of the CCC Board members, Steve Winogradsky, records the sessions, so we can only hope that excerpts of these exchanges are sometime made public.

Double-shot of NARIP
With two presentations in as many weeks, NARIP drew overflow crowds of music attorneys, songwriters, and students to their ongoing series called “The Art of the Music Deal.” Tess Taylor, NARIP founder, moderated both programs.

The first was titled “How to Market & License Music for Film & TV” and featured John Houlihan, Anita Rivas, and Tom Rowland. This is a powerhouse trio. Houlihan is one of the busiest music supervisors in the business (52 projects in his IMDB profile) and head of his own firm, Houlihan Film Music. Rivas is a partner at law firm Walner & Rivas, has an impressive client list and is a regular contributor to seminars and articles on the music business. Rowland heads the Film & TV division of Universal Music Enterprises (Universal’s catalog division) and has music supervisor and album producer credits on numerous projects.

Their two-and-a-half-hour presentation at the Los Angeles Film School was a model of how facts can be integrated with dramatic (and humorous) presentation. The highlight of the event was an extended mock negotiation to license music for an upcoming film. Shining through their conversations and confrontations was their obvious love of music and their respect for its value. “Lower licensing fees and an attitude that music can be free – this is a cancer that is eating away at our industry,” notes Rowland, with hearty agreement from Taylor, Rivas and Houlihan.

The second NARIP event, “The Producer Deal,” took place at the SAE Institute of Technology. This program featured music attorneys Philip E. Daniels and Gary Fine as presenters, commentators, and mock combatants. One of the funniest serious events I have ever attended, Fine and Daniels took us through the ups, downs, ins, and outs of negotiations for a producer deal. Producer royalties, recoupment, master ownership, producer funds, and songwriting credits were some of the critical points of discussion.

The ebb-and-flow of the negotiation process was fascinating. Fine, from the law firm of Kleinberg, Lopez, Lange, Cuddy & Klein, was especially helpful with his explanations of “legal realities vs. practical realities.” It was a privilege to witness the verbal sparring between Fine and Daniels. The handouts were superb, including 14 pages of producer’s agreement terms and conditions from Dina LaPolt of LaPolt Law, and a listing of “Hot Button Issues for Producer/Artist Agreements” from the Law Offices of Philip E. Daniels.

Music Licensing in the EU
At the monthly AIMP meeting, held at the House of Blues on the Sunset Strip, the topic was Pan-European Licensing, which may work acceptably for the majors but leaves independent music publishers out in the cold.. To put the problem in perspective, think of how difficult the U.S. music business would be if 27 states had different licensing terms, yet that’s what happens in the EU. While heated opposition from the entrenched EU copyright collecting societies is likely, there is hope on the horizon for a plan that would benefit songwriters, performers, and publishers.

On the panel were three professionals with extensive experience in various aspects of licensing, including Michael Sukin, who has worked extensively with the European Commission, the International Music Publishers Association, the European collection societies’ lobbying organization, and numerous publishers and collecting societies in both Eastern and Western Europe. Joining him was attorney Chris Castle, whose firm represents music publishers, video game publishers, digital retailers, recording artists, producers, film makers, independent record labels and film studios. Serving as moderator was Linda A. Newmark, EVP of Acquisitions and Strategic Projects for Universal Music Publishing Group. All three acknowledge the difficulties that lie ahead, yet each is hopeful of changes that are on the way.

AIMP LA chapter president Richard Feldman noted that “There have been several solutions proposed to address this problem, but to date, nothing has emerged. I am speaking with Michael Sukin about an idea he had where indie publishers could band together to get the same terms that the majors now enjoy. We hope to present this in the next month to all publishers.”

PMA is Helping All Musicians
Some musicians are still not supportive of production music but they should be. Not only because of the employment opportunities, but also because the membership of the Production Music Association is working hard to help the cause of every musician and music publisher. This was apparent at a recent PMA meeting that tackled such subjects as digital fingerprinting of songs, the pitfalls of re-titling compositions, licensors attempting to bundle rights to the detriment of copyright owners, and the recent practice of TV networks attempting to demand unlimited indemnification in their licensing agreements.

But wait, there’s more. The same PMA meeting also examined the dangers of metadata dumping (putting too many off-topic terms into the metadata of digital song files) and the sneaky practice of some licensors using foreign sub-publishers’ lower rates to obtain U.S. licensing rights.

Each of those topics should be of major concern to every songwriter and publisher, all of whom should thank the work of the panel members, including Steve Winogradsky (Winogradsky/Sobel), Randy Wachtler (615 Music Companies), Cassie Lord (5 Alarm Music/Rescue Records), Ron Mendelsohn (Megatrax), Shain Miller (Evan Greenspan Music Clearance), Adam Taylor (APM Music), and Randy Thornton (Non-Stop Music).

$279,000,000 May be Paid by Record Companies
Although the final event was hosted by the AIMP, it actually involved the National Music Publishers Association as NMPA President David Israelite introduced some tantalizing details of an agreement with record labels that will result in payments of up to $279 million.

Record companies often earn money that cannot be paid to artists, managers, songwriters, or publishers because of paperwork problems. I know what you’re thinking: yeah, right, paperwork problems. But it can be a legitimate problem. Songwriter or publisher company names can be misspelled. For example, I am “John Scott G” as a songwriter (plenty of room for error there) but I am The G-Man as a recording artist (some computer programs omit the “The” while others list me as “G-Man, The” or “Gman” or “G Man,” and so on). There are also problems when several writers and publishers register songs with different PROs and the splits add up to more than 100%. In such cases, the money goes into a “pending and unmatched accounts” fund, sometimes called a “P&U” fund.

While full details are still being worked out, a deal is now in place, and Israelite announced the appointment of attorney Kenneth Feinberg to oversee the settlement distribution of funds. It’s interesting to look at the background of Feinberg, who was Special Master of the Federal September 11th Victim Compensation Fund of 2001, as well as Administrator for the Hokie Spirit Memorial Fund following the infamous shootings at Virginia Tech. In his career, Feinberg has overseen distributions to claimants totaling more than one billion dollars.

Podcasts of the AIMP and NMPA events will be made available on the AIMP Web site (aimp.org).