Do Your Songs Make Dollars and Sense?

COLUMN: Songwriters need to be savvy about song structure, chord changes, modulation, harmony, and lyrics. A songwriter might know all that yet still remain poor and undiscovered. If that describes you, don’t despair and don’t give up. There are a number of ways to make money from your music. In this article, we will attempt to cover a few of the basics. 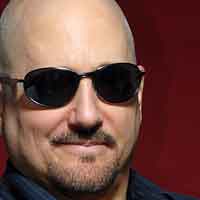 First of all, protect your music through copyright. Technically, you own the copyright to your work the minute it is in fixed form, such as sheet music or a demo recording. But if you obtain proof of copyright with the Library of Congress, you have far greater protection of your work because you now have a “paper trail” showing the date of your ownership. Several music business attorneys, including Sindee Levin, Dorothy Richardson, and Steve Winogradsky, have emphasized another point about obtaining documentation of your copyright: if there is an infringement, your award for damages will be higher.

Work with a PRO
Next, you can register your work with a performing rights organization (PRO). In the United States, there are three PROs that collect money for copyright owners whenever a song is performed on the radio, on television, in a club or at a restaurant or hotel. This is why songwriters and music publishers affiliate with ASCAP, BMI and SESAC.

Although not of interest to songwriters, once a song is recorded, there is an organization called SoundExchange which monitors and collects money for performances of recorded songs on Internet radio, satellite radio, digital cable and satellite television, and this requires separate registration.

Are there flaws in the collection systems of these companies? Certainly. They can only pay to those people who are registered with them. And until there is a way to digitally code or “fingerprint” all songs, not everything can be monitored. So today, total payments include money for actual performances where monitoring is possible (such as on radio) plus money for an extrapolated or guesstimated number of performances where monitoring is not conducted (such as hotels) which is very unfair to songs with smaller distribution. You could, for example, have a privately pressed CD that was played in every health food store or yoga class in the country but if there was no monitored radio airplay, you might receive little or nothing from your PRO.

Joining Just One PRO
A songwriter may affiliate with only one PRO. If you are acting as your own music publisher, you might decide to simply affiliate with one of them under your songwriting name and do nothing more. But let’s say your songwriter friends see how good a job you are doing with your songs and so they ask if you would publish their tunes. If you’re all in the same PRO, your job is easy; just register as a publisher with your PRO. But what if your friends are in other PROs? Then you will need to affiliate with all three organizations. The PROs do not allow the use of the same publishing company name in all three of their firms, so music publishers need to have three names. So, for example, while I am with BMI as a songwriter, my firms are Golosio Publishing with BMI, Audio Masterworks with ASCAP, and Golosio Audio Masterworks with SESAC.

ASCAP, BMI, and SESAC
– ASCAP stands for American Society of Composers, Authors and Publishers. As of this writing, they have U.S. membership of more than 360,000.
– BMI stands for Broadcast Music, Inc. Current membership is above 400,000.
– SESAC began as the Society of European Stage Authors & Composers to help European composers who were not adequately represented in the United States. SESAC selects songwriters and publishers with whom they wish to affiliate and is thus smaller than the other two organizations.

Phonorecords?
In practice, the word “phonorecords” means more than it might seem. The term is taken to mean vinyl records, compact discs, tapes, and even certain digital configurations of audio. It refers to any other material object in which sounds are fixed with the exception of those accompanying motion pictures and other audio-visual works.

Master vs. Mechanical vs. Synch Rights
First, do not confuse “mechanical rights” with “master rights.” Once there is a recording of a song, whoever paid for the recording has the right to decide where and how that recording is used. For example, if an artist makes a recording for a record company, the “master” is almost always controlled by the company.

At the same time the master rights are obtained, the songwriter (or publisher or whoever controls the use of the song) must grant a synchronization right for the composition to appear in that commercial or movie/TV soundtrack.

This is why you might have heard a Lennon/McCartney song recorded by the Beatles used in a commercial for Nike (they paid for a synch and master use right) but you might hear a Lennon/McCartney song recorded by some studio musicians used in a commercial for a phone company (either they didn’t want to pay to use the Beatles master recording or it was denied to them for their requested use; in which case they had no choice but to license only the synch rights and record a new version of the song).

HFA, AMRA
– The Harry Fox Agency is a for-profit organization owned by the non-profit National Music Publishers Association. HFA was created to license, collect, and distribute royalties on behalf of U.S. music publishers. HFA issues mechanical licenses for phonorecords distributed in the United States (including territories and possessions) only.
– AMRA issues mechanical and synchronization licenses and collects mechanical royalties in the U.S., Canada, and around the globe. AMRA represents 8 foreign mechanical rights societies in the U.S. In turn, AMRA is represented by 42 countries around the world.

Statutory Rates
Currently, there is a statutory rate of 9.1 cents for the sale of physical recordings and permanent digital downloads. (Okay, to be completely and technically accurate, the rate is 9.1 cents for songs of 5 minutes or less; but it is 1.75 cents per minute or fraction of a minute for songs longer than 5 minutes.) The rate for ringtones is 24 cents. The rates for interactive streams and limited downloads are determined by such factors as type of service, type of licensee, service revenue, recorded content expense, and applicable performance royalty expense. This, unfortunately, leads to convoluted rates structures. For example, the rate for “Standalone Non-Portable Subscriptions, Streaming Only” is as follows (I’m not making this up) . . .

Music Publishers
Once you have written a song and registered it with a PRO, you are the song publisher unless you assign the copyright to a music publisher. Notice that word: “assign.” In order for a publisher to represent your song, they need the right to make decisions about the licensing. So, in addition to an agreement to publish the song, which should outline your percentage of payment, you will be asked to sign an “Assignment of Copyright.” This may sound scary because it seems like you are giving up your interest in the song. No, if you assign a copyright, you still own it but are letting someone else make decisions regarding where and how it will make money on film soundtracks, TV soundtracks, advertisements, and so forth.

View from an Industry Insider
“There is one important thing to note concerning digital royalties,” states Eric Palmquist, Sr. Manager, Disney Music Publishing, “the digital revolution coupled with the proliferation of piracy has led to a difficult combination – more types of payments/licenses to be processed by (often) shrinking staffs. Songwriters need to have their statements reviewed to ensure they’re receiving full digital payments.”

Compulsory license
After the first recording of one of your songs is available in public, then anyone else may record it if they give you notice and pay the statutory royalty rate for each phonorecord that is manufactured (physical product) or distributed (digital product). This is why it is so vital that Congress establish statutory rates in the first place.

Print
“Songwriters first started getting paid per unit royalties when print music publishers starting selling sheet music in the early years of the last century,” Palmquist notes. “Print publishing is still an important income stream for songwriters today by selling sheet music/songbooks across the country in music stores and on-line.”

Mobile Income Stream
Another area that will be of concern to songwriters and publishers in the near future is in the mobile space. A company called DataRevenue.Org is already registering songwriters and other creators of content to be ready when Congress establishes a rate of payment for use of copyrighted material in the mobile-to-mobile marketplace. Currently, if you send a multimedia file (like a short music video) from your mobile phone to a friend’s mobile phone, BOTH of you are charged for the transmission by your providers. But the owner of the copyrighted material you used (song, movie, photography, etc.) is out of luck until a rate is established.

Last Word
While the best songwriters are able to practice their craft at a high level of artistic accomplishment, by being aware of the business side of songwriting, the songwriter’s art can also turn into commerce.