MuseWire – COLUMN: Ambrose Bierce began his “Devil’s Dictionary” in an 1881 newspaper column. His definitions were sometimes funny. For example, he defined rum as “fiery liquors that produce madness in total abstainers.” 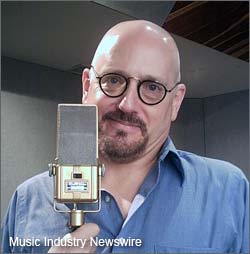 Many of Bierce’s ideas hold true today, such as his definition of an idiot as “a member of a large and powerful tribe whose influence in human affairs has always been dominant and controlling.” Perhaps best of all is his description of a corporation as “an ingenious device for obtaining individual profit without individual responsibility.”

With a tip of the hat to Bierce, I have some new definitions that affect everyone in the music business:

1. To baffle or bewilder.
2. To make less clear; to make more indistinct.
3. To confound.
4. To associate by mistake.
5. To fail to distinguish between two opposing viewpoints.
6. To mix-up, disorder, or combine in mistaken ways.

Example: “False statements and angry charges tend to copyleft the issue of copyright, which is the goal of those seeking to erode the laws protecting intellectual property.”

1. To make a situation bewildering or mystifying.
2. To muddy the waters; to deliberately make something obscure, opaque or unclear by adding unneeded data.
3. To make an issue overly complicated so as to hinder intelligent discussion.

Example: “Nefarious groups always attempt to EFFuscate the public’s view of the law with extraneous information.”

1. Someone who takes advantage of any opportunity to achieve an end with no regard for principles or consequences of the means.
2. One who puts expediency above morality.
3. The act of adapting actions or decisions to convenience while sacrificing ethical principles.

Example: “Seeing the opportunity to deprive others of their rights, the fanning moved forward without a care in the world.”

Example: “The smug professor was a lessig for urging the destruction of copyright while publishing books protected by copyright.”

Example: “It is lessigocrisy to erode copyright laws after accepting money from corporations which would profit from such an occurrence.”

1. To mislead or create a false appearance.
2. To hide or mask the real nature of something.

Example: “The organization led the gullible to false conclusions by pubnoledging and prevarication.”

Who’s Who
Note: names have been unchanged to identify the guilty.

Copyleft is a clever play on the term “copyright” but that’s where the wit ends since it is just a scheme to create confusion about intellectual property rights. There are provisions in current copyright law that offer the same protection and flexibility in licensing as the permits cobbled together by these groups. Some of the people involved in the copyleft movement are undoubtedly well-meaning but they are simply dupes of large corporations seeking to undermine existing copyright provisions which date all the way back to their being mentioned in the U.S. Constitution.

Creative Commons is an organization with a communal and wholesome-sounding name that masks its true purpose of undermining copyright law and eroding the protections it offers to creators. Basically, they offer licenses for people to copy and distribute work using vague descriptions, hazy legal clauses and HTML tags. Everything they offer is available under current copyright law, so the end result is confusion, making their efforts superfluous and disingenuous. The corporations funding Creative Commons seek to avoid paying the price for infringing on your copyrighted material.

Electronic Frontier Foundation (EFF) is also is funded by corporations interested in escaping penalties for copyright infringement, most notably technology firms who benefit from your purchases of computers, electronic gadgets, stereo systems or Internet access. Their goal is to create and spread a culture of misinformation that erodes the rights of creators in every aspect of law and digital communication. To see why they do this, just follow the money. Without content such as music, films, books, photos, news stories, articles, poems and the many other copyrightable forms of expression, Internet access is empty while computers and gadgets are mere shells of metal and plastic. What’s an iPod without music? A hi-def display without movies? Internet access without news, information and art? Worthless. The high and enduring value of the copyrightable works of expression is what gives the gadgets value in the first place and gives you – the consumer – urgent reason to purchase them. With press releases, white papers, action alerts, and legal filings, the EFF chips away at the rights of songwriters and music publishers. The EFF is the leading organization in spreading Internet-related disinformation.

Shawn Fanning is a perfect illustration of someone who was educated far beyond his ability to act morally. In 1998, he unleashed the blatantly illegal Napster. In a notable example of failing upward, he went on to head SnoCap, an attempt to foster “legal filesharing.” After raising $25,000,000, the firm was sold to iMeem, reportedly for less than five million dollars. News Corp’s MySpace eventually bought iMeem but long after Fanning had left to head ThreeSF and its Rupture video game service. Both were acquired by Electronic Arts, which now employs Fanning, presumably with lots of people keeping an eye on him.

Lawrence Lessig is a highly-paid professor and lecturer who eloquently argues against the rights of songwriters, authors and creators to earn a living from their work. He has thus far dedicated his life to destroying the principle and practice of copyright, yet his own books are all protected by copyright and are all offered for sale in physical and online stores.

Public Knowledge is a group funded by corporations interested in creating complete digital copies of millions of published works without any say of the rightsholders. As the Copyright Alliance puts it, they seek to “dramatically reduce copyright owners’ abilities to exercise their rights of reproduction, distribution, public performance, and the creation of derivative works. This would harm not only creators but the U.S. economy, exports, employment, and culture.” As such, PK and others of their ilk are decidedly unpatriotic.