Bookings and Concerts and Tickets, Oh My!

MuseWire – COLUMN: Reading recent posts by music industry analysts Bob Lefsetz and Paul Resnikoff, you might think the entire concert part of the music industry has gone down the tubes. This is not to imply that the contents of the Lefsetz Letter and Digital Music News are not fair, it’s just that the comments from their thousands of readers often tend to emphasize the more eyebrow-raising situations, which is to say the horror stories of unsold seats and canceled dates. 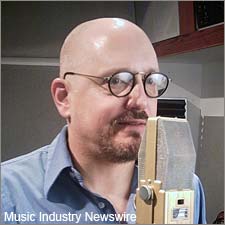 Still, it is fascinating to go to the links provided by Lefsetz and visit the interactive seating charts for Live Nation shows. While some acts and touring events are doing well, there are some surprises involving ticket price reductions (and even some giveaways).

Let me admit right up front that the touring side of the business is not an area of expertise for me. Both of my alter ego creations at Golosio Publishing, the artists known as The G-Man and Jonny Harmonic, are studio-only entities. Two other frequent collaborators, James Sotelo and the Bella Swan Bass Society, also tend to stay in the studio, with only occasional live dates. DJ Insane regularly tours, but he’s in the EU and that’s a whole other conversation.

The only writers at Golosio who are regularly out on the road performing live are Scott Joss and Doug Colosio, the fiddle player and keyboardist for Merle Haggard’s band, The Strangers. In fact, as this is being written, they are on stage or on the way to being on stage.

Yet all the talk about the state of today’s concert business got me intrigued. So, just out of curiosity, I started poking around online to see about purchasing concert tickets for upcoming dates for Merle Haggard.

Haggard has recently released “I Am What I Am” on Vanguard Records, and reviews have been strong, especially for “I’ve Seen It Go Away,” “Pretty When It’s New,” and the one Doug, Scott and I helped co-write, “Bad Actor.” But despite the songs being compared to some of Merle’s best, and to Buck Owens’ classics (and even to Shakespeare, in the case of “Bad Actor”), country radio is ignoring the tracks.

It seems that radio has pretty much turned away from real country music, instead favoring the studio-heavy layered guitars and synths that you find in pop music. The sound of real musicians playing together on “I Am What I Am” is, for the most part, being kept off the airwaves.

Yet that real sound of real musicians is exactly what you get in concert, and so Merle is doing good business without the promotional punch of radio airplay.

Of course, like Lefsetz points out, if you make good music, target your audience and book the right-sized venues, you will do just fine on the road.