A Music Library Wants Your Song

COLUMN: Since I started managing a music publishing company, many songwriters, singers, bands, managers and composers have sent me e-mails asking about decisions they need to make in their careers. One of the most common questions is “Should I sign a non-exclusive agreement with a library that wants to re-title my songs?”

If I give them the honest answer (“No”), they keep coming back to me with reasons why they were hoping my reply would be yes. 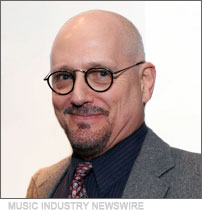 Tempted
Sure, it sounds like a tempting idea. First, there’s the ego-boost of someone saying they want your music. Next, there’s the tantalizing idea that your tracks are going to be made available to motion pictures, television, advertising agencies, and the marketing departments of major corporations. And while the library takes a hefty percentage of the deals, fifty percent of something is better than a hundred percent of nothing.

Plus, it seems like the non-exclusive re-titling library (NERL) is going to be doing the legwork of the business. Their pitch makes it appear that they will be doing the sales presentations and conducting the business negotiations that are necessary to get your music licensed. Besides, with the sales and administrative aspects being handled by someone else, you are free to create more music. What writer wouldn’t want that?

Musicians are also enticed by the promise that “you retain complete ownership of the copyright of your song.”

The capper is the statement that you are being offered a “non-exclusive deal,” leaving you free to negotiate your own movie or television placement, recording contracts, or cover recordings by other artists.

Marketplace Realities
Let’s deal with the alluring offers one at a time. First, there’s that boost to your self-esteem. If you’re being offered a deal, even a bad one, it means someone thinks your work has value in the marketplace. That’s a good thing. Just don’t be fooled into taking the bad deal simply because your heart is all a-flutter.

Next, keep in mind that the act of “pitching your songs” means different things to different people. To you, it means someone is constantly contacting music supervisors, producers, managers, sound editors, etc. on behalf of your compositions and your recordings. To a legitimate music library, that might be the case (allowing for the fact that they may represent scores of recordings in many genres). But to many of the NERLs, you may just be a line-item entry in their books. Your songs are no more than a few listings in their ledger, not valued contributions from a respected creator. Your songs could be dumped onto a hard drive with no other effort applied to your work.

“It’s a numbers game,” one NERL employee told me on condition of anonymity. “We want to offer a million inexpensive songs to a hundred thousand potential music clients for ten thousand presentations in hopes of making a thousand placements a month. We won’t make a lot on each one but we are aiming at getting a lot of ’em.” Another NERL worker admitted that “we want to underbid everyone else out there, just to get the placements.”

Finally, let’s deal with your ownership of your song and the non-exclusive nature of the contract. Yes, you still hold the copyright. But you are authorizing them to administer the retitled work, which may not even be recognized by the courts (see below). If by “non-exclusive” they mean you can make similar deals with other NERLs, things can get really messy because your compositions are now competing with themselves from multiple sources and probably at multiple rates.

PMA
The PMA (Production Music Association), recognizing the importance of this issue, devoted an entire program to it. Moderating the panel was Randy Wachtler, president of 615 Music, and he guided the audience through every possible drawback to the practice of non-exclusive re-titling. Lest you think the deck was stacked against the NERLs, Wachtler said at the start of the presentation, “We invited several re-titling organizations to take part in this panel but no one took us up on that.”

A Matter of Money
Ron Mendelsohn, President of Megatrax, made several excellent points, including some that are in an article (“Should You Sign with a Non-Excusive Retitled Library?”) posted online and on the PMA site.

Mendelsohn notes that a big problem occurs when “multiple parties are claiming ownership in the same work.” There is an economic drawback when two or more firms claim rights to the same song and engage in a downward bidding cycle to obtain a placement. “This practice only serves to further erode sync fees and devalue music in an already hypercompetitive marketplace.”

Attorney Cheryl Hodgson presented a number of reasons to avoid these kinds of contractual arrangements. “Copyrights are based on the composition and the sound recording, not on the title,” she notes. “If there are performances on the sound recording that have not been transferred to the licensor, there is some legal question about these firms even having a right to license the retitled version of a composition and master. There is also he issue of whether the song has been previously licensed and if so on what terms? Those who have previously transferred rights in a previous contract may or may not have rights left to grant to another company.” In another area of monetary concern, she points out that “Non-exclusive licenses may not be recognized by performance rights organizations.”

Adam Taylor, president of APM, concurs, and then goes further: “There is another important point that many writers overlook and that is that non-exclusive retitling can foul up global rights. This can lead to confusion in the marketplace as well as loss of income.” To put it formally, “Non-exclusive retitled catalogs miss out on significant revenue streams related to international distribution,” Mendelsohn writes.

In addition, Taylor points out, “The non-exclusive license means you’re not going to be able to sue for copyright infringement if that issue arises.”

Clients for Your Music
Catherine Farley is Director of Music Licensing for Disney ABC Television Group and she has seen a number of claims resulting from non-exclusive retitled works. “Disputes over rights in this area could potentially hold up distribution of an entire program,” she notes, “so there is a lot at stake.” The Disney TV solution is to attempt to avoid these companies altogether. “Our preference is to not deal with companies representing non-exclusive music.”

If you love music and live in the Los Angeles area, you probably remember Alicen Schneider from when she was a DJ on the ultra-hip college station, KXLU-FM. Today, she is the co-head of the music department for NBC Universal Television. She also serves as music supervisor for numerous shows currently airing. She joins Farley in relating difficulties in dealing with retitled non-exclusive music catalogs. “I tend to stay away from them,” she states. “We’ve had issues in too many cases and it’s getting to be a mess.”

Change in the Industry
Music libraries that join the PMA are informed of the organization’s official opposition to the practice of retitling non-exclusive music tracks. At least one PMA member used to offer those types of agreements but has now stopped doing so.

Over time, pigFACTORY came to the conclusion that “this practice has negative effects for the company, the artist and the industry as a whole. We stopped issuing any contracts to artists under these terms about two years ago and have largely purged the catalog of any music represented under these terms.” Having recently become a member of the Production Music Association, Haldeman states “We firmly believe that the PMA is taking the correct stance against this issue.”

What’s in a Name?
I remember the brouhaha over Pump Audio but I never did quite get the re-titling thing except when releasing an instrumental version of a song that was originally recorded with lyrics. But the lure of the NERL is unmistakable and people keep pressuring me to tell them everything is okay with these contracts. One way I’ve found to slow them down is by asking them to imagine the following conversation between a songwriter and one of these retitling firms:

Litany of Potential Problems
Towards the end of Mendelsohn’s article, he offers an imposing list of difficulties facing the artist who is talked into a retitling arrangement with non-exclusive representation. The litany includes: devaluing of your music, potential litigation, ownership disputes, lower potential for income, and the risk of being added to a “do not use” list by motion picture and television music supervisors.

Audio Fingerprinting
One member of the panel was from a company representing an important change in the tracking of music, and not just in the area of production music. Chris Woods is executive vice president and chief operating officer of TuneSat, one of the leading firms in audio fingerprinting.

Unlike watermarking, fingerprinting does not embed an external file into the master recording. TuneSat uses a passive technology that analyzes a music track to ” find the DNA of each piece of music,” Woods says. Once a song is analyzed by TuneSat, it can be automatically recognized when broadcast. “Our goal for TuneSat is to set the standard for accountability and transparency for all rights holders with regards to music tracking, reporting, and distribution, and to do this on a global basis,” states Woods.

Audio fingerprinting may have profoundly positive implications regarding future revenue streams for composers. Many of my colleagues are excited that TuneSat is already working with Universal Music Publishing Group and SESAC to monitor music performances in broadcast television. But audio fingerprinting is going to increase difficulties for those involved with retitled non-exclusive works. You can see the problem that will crop up when the audio fingerprint of “Song Number One” is tracked by TuneSat but the payment is sought by the non-exclusive libraries claiming rights to “Song Number One,” “Song One,” “Song the First,” and “Number One Song.”

Bottom Line
The final observation belongs to Cheryl Hodgson, whose law practice focuses on the registration, licensing and enforcement of agreements pertaining to trademark and copyright properties. At one point near the end of the panel presentation, the question was raised, “Until audio fingerprinting is the norm, how can all these potential problems be resolved?” All eyes turned to Hodgson. She smiled and said, “That’s why there are attorneys.”