/MUSEWIRE – NEWS/ — 3 cords & a hook studios recently announced “Youthful Faces,” bringing together some of NYC’s best dancers, including: Matt Wiercinski (Broadway: “Anastasia” – Ensemble/Prince Siegfried) and Kathryn Zimmer (Broadway: “Matilda The Musical”), to encourage and become a catalyst for our younger generation to speak up and speak out to illuminate the future they want to see. 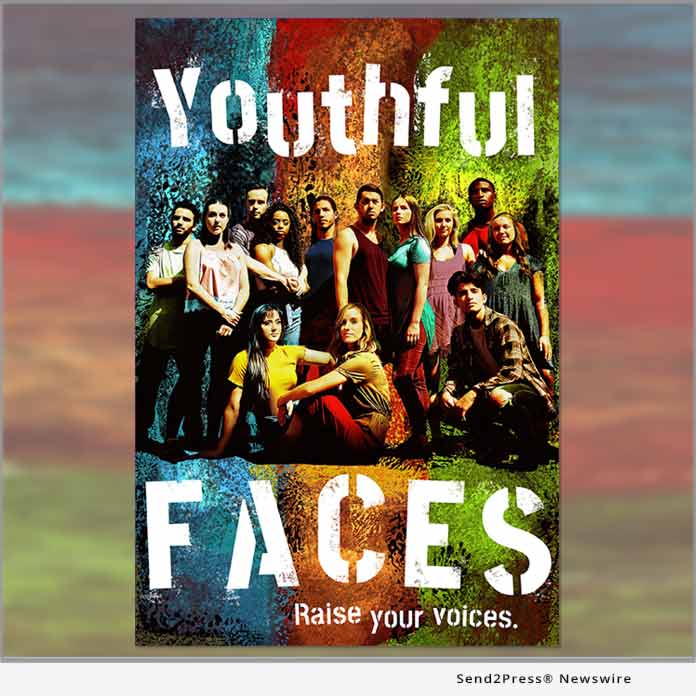 The dance, musical short film, shot in the streets of Brooklyn, N.Y. is a collaboration between award-winning choreographer Lane Napper, who is known for his choreography work on the Nickelodeon shows “iCarly” and “Victorious,” the socially charged music of Jour Majesty and visionary filmmaker Michael C. Perry, known from his award-winning short musical films, “The Carnival Kid,” and “Empty Box of Wine.”

The film follows thirteen dancers, each defining their unique style of dance to illuminate their concerns about the future. The performance is to the words and music of Jour Majesty’s single, “Youthful Faces.”

“The lyrics completely spotlight the anxieties of our youth,” says Choreographer Lane Napper. “Glowing shiny faces swiping for affirmation, Page by page in a sea of distraction and the people took no action, and the earth became fractured.”

Each performer came up with their own interpretation of the song and lyrics to capture their feeling about our current societal condition.

“I am extremely grateful to participate in ‘Youthful Faces’ to help inspire today’s youth to have hope for the future and to courageously take action to drive positive change,” says sixteen-year-old Kathryn Zimmer (Broadway: “Matilda”). “Now is the time to speak up and speak out to illuminate the future we want to see. Youthful Faces, raise your voices – right here, right now.”

“Youthful Faces” will premiere at the Cutting Room International Short Film Festival in New York City on October 19, 2019, at 6:30 p.m. The musical short is nominated for “Best Music Video” and “Best Director of a Music Video” by the festival. Following the premiere, Youthful Faces will be available to view by everyone at https://youthfulfacesmovie.com/.

We want to encourage our young people to take hold of their futures and be part of the conversation; whether raising their voices at the ballot box, volunteering, mentoring other young people, or maybe just being kind to other human beings. The actions and decisions of today will follow them for the rest of their lives. They should have a stake in the question; let’s give them a voice.

For more information on the music of Jour Majesty https://jourmajesty.com/