Wikipedia Shuts Itself Down (for a Day)

MuseWire COLUMN: Somehow the Internet encyclopedia Wikipedia managed to get backed into a political corner where it had to shut itself down for a day (January 18th) in order to demonstrate solidarity with those protesting proposed legislation to restrict the prerogatives of web site owners. 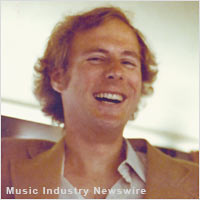 Let me make clear I am completely sympathetic with this objective. Large global multi-media entertainment companies are bludgeoning Internet companies with fake statistics about lost revenue due to file sharing, allegedly valuable intellectual property rights gone astray, pirates taking over the www and a similar parade of annus horribilis. While some of this might be true, it isn’t material to their corporate welfare, which is based on monetizing and exploiting the creative work of others – a form of latter-day alchemy, or (more likely) voodoo. Regardless of what their misleading financial reports show, they are indescribably wealthy and somewhat like perpetual motion machines in their ability to throw off cash for the benefit of their proprietors.

In the meanwhile, all but a select few creators remain miserably under-compensated for their work. Those in the realm of stratospheric compensation no longer have anything to do with aesthetics, but rather are relentless and single-minded marketing machines. They have better use for an MBA than an MFA.

This being so, I am dubious about the method of protest engaged in by Wikipedia, together with several other websites I never have heard of (what is BoingBoing and Reddit? does anybody care except for a few venture capitalists?). Rather than imposing inconvenience on their retail customers, internet companies – which (if the truth be known) are every bit as wealthy (if not more so) as the multi-national media companies they purport to disdain – should go hire lobbyists to present their own case for legislative action.

Second, it’s misconceived and in fact contra to the site’s stated objective of being an ideologically neutral information resource hub. As the Berkeley philosopher John Searle (my former adviser at that august institution) has observed, it is a peculiarly nihilistic demonstration that protests an economic good (here, access to a generally useful website) for which one is willing to pay (by submission to advertising impressions). Protests such as the Wikipedia outage disrupt this equation. People using the site are inconvenienced – all the way from high school students desperate to plagiarize something for their forthcoming book report to other users trying to navigate between the Scylla of Wikipedia’s lowest-common-denominator articles and the Charybdis of its incomprehensible specialized articles. Regardless of where one situates on this continuum, Wikipedia’s protest is self-defeating. Nothing’s going to change as a result. It would be a lot more effective for it to link to the address of your local elected representative to submit a complaint through those channels.

Author’s note: David Kronemyer played electric 12-string guitar in folk-rock bands before he realized he lacked any discernible musical talent. He then began managing artists and promoting concerts. “I still can remember trying to get Sun Ra on stage,” he reminisced, “but they were so smacked out it proved to be a difficult undertaking. Once it got going, though, the concert was amazing!” Mr. Kronemyer eventually worked at Capitol-EMI Records and then Atlantic Records before they were overtaken by overhead value analysts, squeezing the last breath of life out of companies that were as doomed as those who used to make beaver-skin hats. Embittered by failure, Mr. Kronemyer contemplated opening a gas station somewhere in the vast hinterland of the American Midwest. Beleaguered and bewildered, one day he visited the Integratron at Joshua Tree. Rejuvenated by its mystical powers, in a moment of epiphany, he decided a more worthwhile endeavor would be to read The Brothers Karamazov aloud every year commencing precisely at midnight on June 21st – the summer solstice – a ritual he maintains to the present day. For more, visit www.deconstructingpopculture.com.