Review: The Otterpops (A Musical Treat) 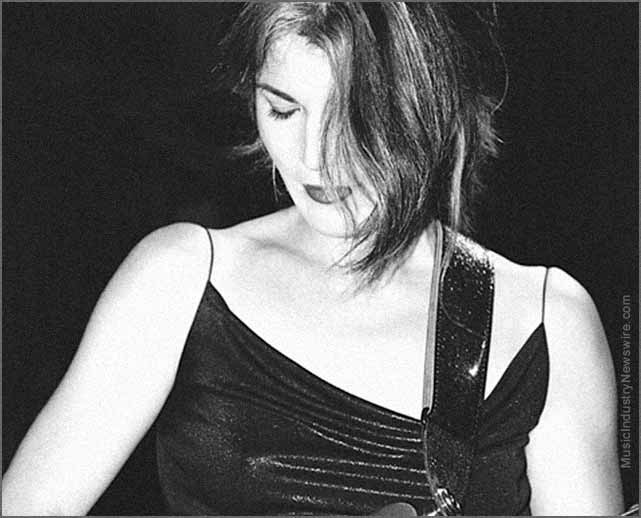 Some of you will read the headline on this chapter and think the topic is the tooth-rotting tubes of goop called Otter Pops. But no. I write to you of something that was magical, splendid, and actually good for you. The Otterpops were a band that made a lot of marvelous music before their shelf life was artificially cut short.

In an unusual turn of events, science was eclipsed by music in a critical area of mental health. Let me back up a bit to explain that. It was a Saturday night and I was in a vicious mood. Everything was a downer. It was the kind of situation where you find yourself bemoaning your fate, lost in a sea of indifference, and intently focused only on trouble, toil, craziness, and confusion.

You probably know the feeling because something like this affects everyone sooner or later. Driving to the dive was a drag. Parking was a pain. Dealing with the club staff was a struggle. Of course, those things are always a problem and in this case they were made worse by my disposition. But apparently my acting ability can sometimes be pretty good because I faked serenity well enough to talk my way into the club. As you can imagine, achieving entry gave me little joy, and not just because the joint was a dank and malodorous place called 14 Below, but because my inner core was getting ready to curl up and die.

Then, a minor miracle occurred. No, the heavens did not part, nor was there a flash of divine lightning. But there was a transformation because of a quartet of wonder called The Otterpops. Yup, my weekend was saved by two guys and two gals in a pop-rock band. They worked their magic using only some drums, a clutch of guitars, and the occasional accordion. What? Yes, I said accordion. More on that in a moment. 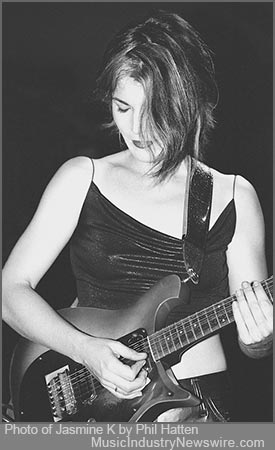 When The Otterpops play their music, the cares of the world are beaten back. During their set, the only thing that matters is the bounce and crash and zoom and bash of their tunes. In a magnificent combination of transcendence and tattered glory, this unheralded foursome lets you look at life through spectrum-colored glasses.

The righteous rock and roll of The Otterpops begins with perfectly-crafted four-minute mini-masterpieces, played by fun-loving blokes and blokettes, all of whom prefer to go with single monikers. Phil is a demon-dervish on drums. Erin is absolutely locked in on the slashing rhythms and pulsations on bass. Glenn the guitar player has a Ph.D. in Power Pop. And the very in-command lead singer, Jaz, apparently has a clarinet in her throat because she consistently creates a unique combination of sounds, all of them pretty neat.

A word about the instrumentation: these guys are just a little skewed toward the irrational. For example, Glenn sometimes plays a Telecaster with no high E-string. “It’s my tuned-down Tele,” he says. And Jaz usually plays one of her accordions on at least one song. As a wind-powered reed instrument, a squeeze-box can be tricky to handle when performing on the decibel-drenched stages of schlocky rock clubs. “You should see the look on the soundman’s face when I plug one of these into the P.A.,” Jaz says. But she makes it work and the effect is spritely and fun.

Offering songs that pulsate with jaunty chord changes and lovely word-play, these guys can turn a roomful of strangers into instant friends. Even cynics and curmudgeons come out of their shows with grins on their faces. I know because it happened to me.

But just as they were building up some momentum, there were Legal Complications that condemned the band. The specter of doom appeared in the form of the Jel Sert company, makers of the sickeningly sweet freezer snacks called Otter Pops. “Oh my heavens,” they shrieked like four-year-old girls, “the poor misguided public would be so terribly confused if this musical group was allowed to call themselves The Otterpops. Why, someone wanting to purchase a supply of our diabetes delights might make a mistake and purchase a song instead.” Or some such. But a scruffy rock band trying to grab a toe-hold in the horrible pit that is the music business in Lost Angeles has no way to do battle with shysters from even such a minor corporation as Jel Sert. So the band folded.

Too bad because The Otterpops were a legal pep pill that delivered a shot of amphetamine to your soul. If it had been possible to bottle what they’ve got, even a bunch of bimbos like Jel Sert could have made millions with them. Plus, you could have told science to eat its heart out because this band made the muse of music more powerful than anyone ever imagined.