COLUMN: Have you ever picked up one of those weekly magazines you’ll find in any given city and seen all of the bands listed for performances all over that paper? You see them playing sometimes three nights in a row in a radius of less than 15 miles, and then they wonder why they have such a bad draw on the last night and an over all so-so draw on all of the nights. It comes down to getting out of your backyard. This is the where the difference kicks in between how many gigs should be booked to how best to draw a crowd. I heavily recommend that bands think about playing shows from the prospective of the audience members. 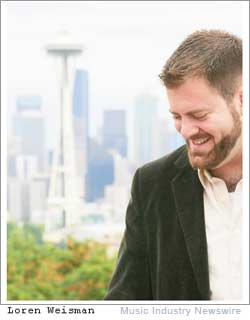 If you play every weekend in Seattle, as many Seattle bands do, you’ll end up over saturating that market, creating a lax fan base. When people begin to see you constantly listed in the local papers and always playing, then you no longer become the must see band, you become the “Hey I can catch them whenever” band.

Over saturation of the playing market occurs in every city with thousands of bands. They look from the angle of the more gigs the better, even if it is in a consolidated radius. This, in actuality, is a bad move.

The best way to market to an audience in any city or any club is to be the artist or band that is a must see. Spreading out your appearances will make you more desirable and more of a must see, since you are not available every weekend in the same town. You create the tease, which is effective. You’ll create a fan base that will move things around in their schedules to make sure to see you, because if they don’t catch you on a given night, they will not be able to see you for a long time.

This approach also can make booking much easier. It will make clubs and booking agents want to bring you in to better paying shows and larger rooms. When you present from a business prospective that you are appearing for the first time in, well lets say, eight weeks, the club, manger or booking agent is going to be given the sense that the market will want to see since you didn’t just play down the street the night or the weekend before.

In presenting to a club or venue that you have not played in a certain radius in more than a six-week period, you will show that you have a better chance to pull a larger crowd. Certain venues even have it written in to their show agreements that you are not suppose to play for a certain number of weeks or even months before and after your booked night. This is written in for the exact reason of over saturating a market.

The number of weeks can vary between shows. I have found the bands that draw the most and have the best responses are those that play in a given 25 mile radius no more than every 8 to 9 weeks apart.

So you think I’m crazy, but a nine-week spread really is the best for constant promotion as well as the best chance to get the rooms you play packed up. Think of it from a marketing angle. As I mentioned in the press release blog a while back, doing a press release five weeks out for a show is the best time line, then at the two week point get the posters out and the hype building up, then the show.

After that you disappear for a month. It’s the best tease possible. You had a great show, tore up the room and gave 110 percent, and people are going to want more. They don’t hear a thing for four weeks and then on week five, the press release comes out about the show, then week 8 the posters goes up. You are now grabbing people, between the release and then a few weeks later the posters, to make sure that they come and see you at the end of week 9.

It is a strong formula that is effective, and works the marketing concept of people needing to see you as opposed to giving people the opportunity to see you every weekend. I still believe a month is still too close. A month doesn’t really allow for the best marketing and preparation for a show either. This is why the nine-week window works well.

So where to play on those other weeks? Venture further out. I was based in Western Massachusetts for a number of years and was surprised at the redundancy of how bands would play every damn weekend in the smallest radius. I remember seeing a posting in the Valley Advocate, the local arts and entertainment rag for western Mass, a band booked on a Thursday not two blocks up the street from where they were playing on Friday. Then I overheard them complaining in a local music store in Northampton, Massachusetts about the lack of crowds at both places. Foolish, that’s all I can say, nothing more. Just Foolish. Especially when Western Mass is so close to so many different music cities and towns.

So you’ve got 9 playing markets right there over a nine week period:

Even if you didn’t want to journey out of a five hour driving radius, you can still play every weekend in 9 different markets and that doesn’t even include smaller markets you could play the night before or after the larger markets, that might be on route or in between shows that are still in a wide radius.

Then you will grow your fan base and grow it strong, since you are not returning to the same rooms night after night and week after week. You will create new fans that will need to see you because you don’t come around as often, which makes the times you do appear, a date that people are going to want to put in their calendar.

Think about it, if they were planning to see another band and you are showing up in town and they see that the other band is playing all the time, that other group becomes the “I can catch them whenever” group and you become the “must see, need to go” for that night. That is performance marketing and not redundantly over saturating a market.

Tease them, but stand your ground. Play and go away for a while, when you come back, the fans will too, and your base will grow stronger and stronger.