You can find a tremendous variety of human behavior on LA Talk Radio (www.latalkradio.com) but it is the most varied on Sheena Metal’s radio shows. With three programs on the air for a total of 14 hours a week, Metal is one of the busiest voices of the station, which is both a live and an iTunes destination for listeners. 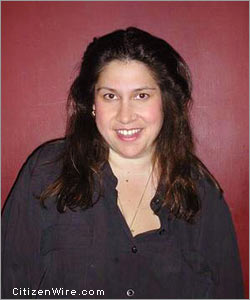 “For people interested in interviews, commentary, outrageous viewpoints, humor, paranormal activity and the social scene, these shows are the place to be,” states Ms. Metal. “Plus, every show is like a virtual interactive demonstration of what makes people tick,” she adds with a smile.

Airing Monday through Friday from 5 to 7 p.m. Pacific Time is the Sheena Metal Experience. “This is a show that rips the veil off the human sideshow to expose Homo sapiens in all their glory,” notes Metal. The show producers have described it as talk radio the way it was meant to be: unscripted, unpredictable, and equal parts hilarious and humanistic. Each week, she interviews movie stars, TV icons, Broadway legends, studio heads, writers, doctors, chefs, shark experts and ghost hunters…just to name a few.

Airing on Tuesdays from 3 to 5 p.m. (Pacific) is Haunted Playground. Along with co-host Danielle Egnew, the program is “a cornucopia of ghosts, monsters, aliens, the paranormal and other things that go bump in the night,” says Metal.

Airing on Thursdays from 2 to 4 p.m. (Pacific) is Music Highway, a music/talk hybrid, now in its sixth year on the air. The focus is on independent music in all its many genres: rock, country, folk, goth, electronic, dance, urban, and more.

Within hours of each program’s conclusion, the entire show is offered for free in the Podcast section of Apple’s iTunes.

About Sheena Metal
Sheena Metal helmed five successful shows in her six years on KLSX 97.1 FM Talk, then known as “the Howard Stern station.” Her quick wit, unforgettable voice and unflinching fan base have proven Sheena to be an undeniable radio presence. She has been written up in the Los Angeles Times Sunday Calendar, LA Weekly, The Daily News, Music Connection and dozens of other periodicals. Metal has appeared as a comedic commentator on “National Inquirer TV,” was the annual host of the All Access Music Awards, and has headlined two long-running stand-up comedy nights at The Laugh Factory in Hollywood, “Sheena Metal’s Midnight Madness” and “Inside the Girl’s Locker Room.”

About LA Talk Radio
Innovative, original and fresh, LA Talk Radio is a station run by people with an unmatched passion for broadcasting communication with a personal touch. With an unprecedented ranking on Google, thousand of links to the website, and continually growing traffic, the station now broadcasts over 80 shows for every taste and interest.

Article Copyright © 2010 John Scott G. Originally published on CitizenWireDOTCOM before finding its permanent home here on Ga-Ga.com. All publication and reprint rights reserved. Ga-Ga.com is a publication of Neotrope®.

Hearing Your Music on the Radio