Haken Audio has announced an addition to their multi-dimensional music instrument line-up, the ContinuumMini. A smaller version of the Continuum Fingerboard instrument was revealed at ContinuuCon 2018 in Paris. This version is far more affordable, and still has standalone virtual instrument, the EagenMatrix on board. A Kickstarter will launch July/Aug. 2018. 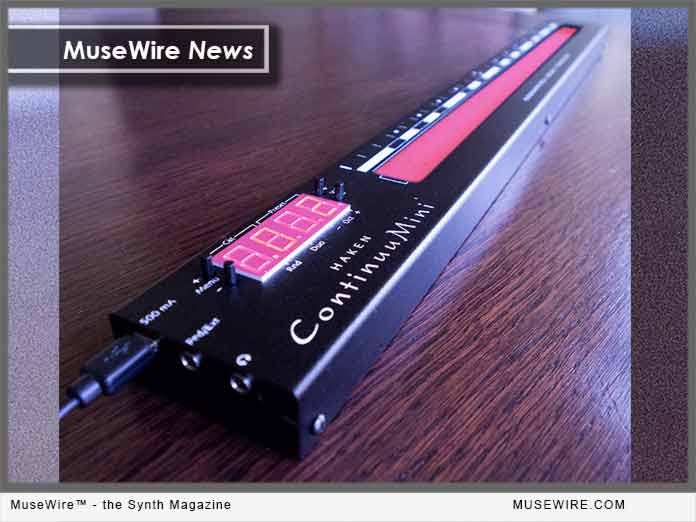 According to the company, “The ContinuuMini is a smaller and less expensive version of the Continuum Fingerboard. The ContinuuMini will have the same EaganMatrix sound engine as a modern L2x Continuum, but its playing surface is electromechanically much simpler and more limited (only 4 Hall-effect sensors, versus hundreds such sensors in a Continuum).”

The synthesis polyphony will be 8 voices, with its surface able to detect one finger (and, to a limited extent, two fingers) at a time. 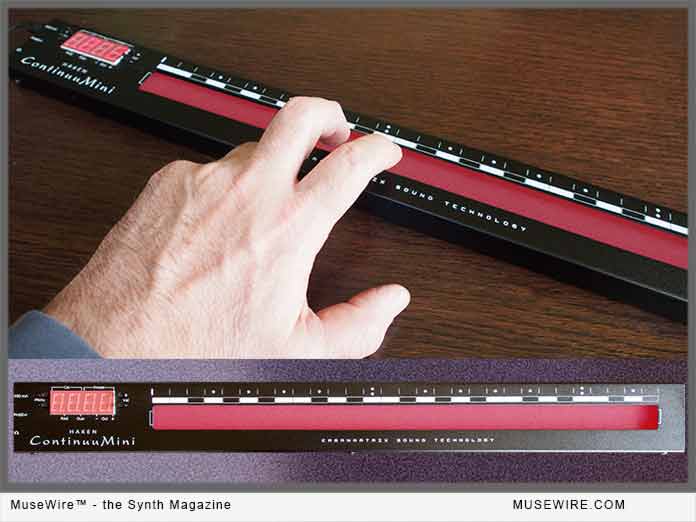 Early prototypes were revealed at ContinuuCon 2018 (Paris) and SuperBooth (Berlin).

The ContinuuMini can be played different ways:
– placed in front of you like a Continuum
– standing up with a strap like a guitar
– held like an oboe or clarinet
– with multiple ContinuuMinis in parallel (like manuals on a Trautonium)
– controlled via external MPE+ Midi, such as from another Continuum
– controlled by your Theremin using Randy George’s Merlin app.

The ContinuuMini is a USB-powered device, and can be used standalone or with a computer running the Continuum Editor. The KickStarter early adopter price will be $549 US (shipping extra outside of the USA), and MSRP after the KickStarter is $899.

The Kickstarter campaign is pending and will be formally announced when open, on both the Haken Audio main website and also on the Continuum User Group on Facebook, and here on MuseWire.com as well. 🙂

For those who would like advance notice of the Kickstarter launch, Haken Audio has setup a MailChimp email newsletter opt-in page that interested folks can subscribe to: https://hakenaudio.us18.list-manage.com/subscribe?u=f73e76afe51714c31dad7c148&id=888a75ac8b. 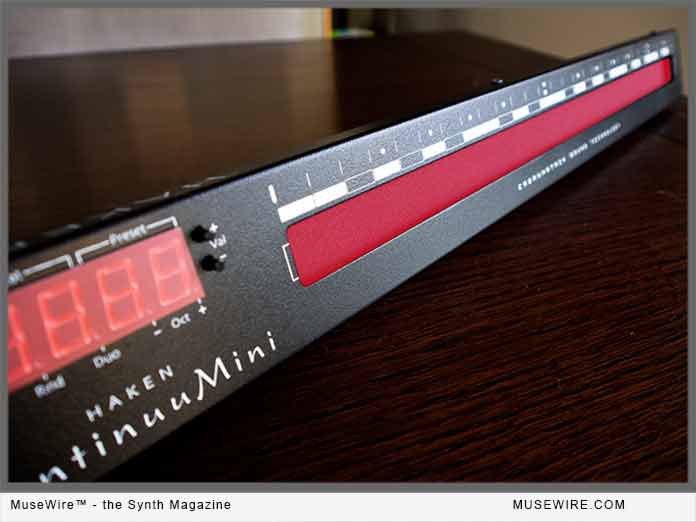 Editorial Note: New images courtesy Lippold Haken and Edmund Eagan of Haken Audio. Credit: Edmund Eagan. As Ed notes: “Also, remember these are pictures of the prototypes. Getting close but the production model will be different.”