ECO MUSIC: Polar Bears are Now ‘Garbage Bears’ – ‘Can you Hear Me’ by Danielle Alura

/MUSEWIRE – Music News/ — Who doesn’t like watching fluffy polar bears, monkeys in natural hot springs, and koalas? Custom couture made out of single use objects? The official music video for “Can You Hear Me” By Danielle Alura is very eye-catching and creates an amazing picture for Mother Earth; fluffy, fashionable and factual all at the same time. 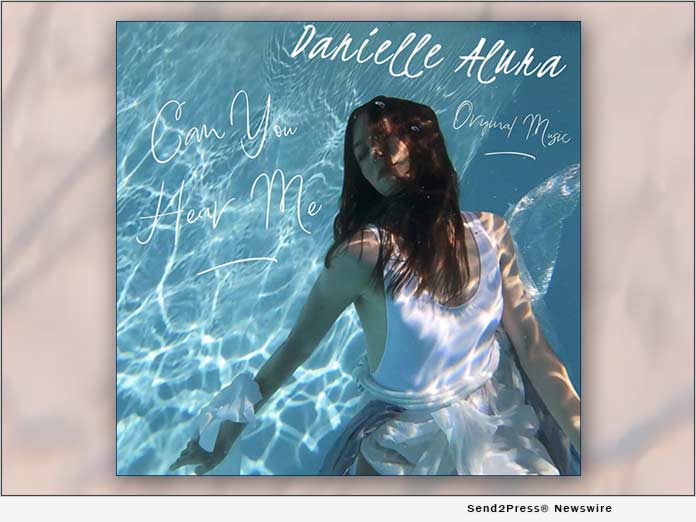 With plenty of hidden talents, this international model, actress, singer, humanitarian and environmental activist – Danielle Alura has recently written a number of original songs – all to bring attention to climate change. Her first single ever, entitled “Can You Hear Me” just released on most popular media platforms.

The music video that premiered at 8 p.m. on YouTube perfectly illustrates her message of environmental awareness and even features a number of familiar faces endorsing her efforts for wasteful single use plastic reduction.

“I hope you like it as much as I did writing and creating everything to make the message universal. Please share it with your friends and family in every way on every platform. The importance of caring for our planet can cross cultures and continents just like music. Let’s spread the word and the art!” Alura says.

Danielle Alura has always written music; mixing and mastering songs only for her family to enjoy. She writes in most any genre of music and has finished more than 6 albums worth of songs. This will be the very first song ever released to the public out of all the material she has written. Being an international entertainer has given her the fortunate opportunity to see the world. While increasingly coming across pollution and litter on her travels, she decided this needed to be her primary focus. Danielle Alura will release original music to the world for the first time in effort to promote climate action.

Adopted as a baby, she was greeted with a song her father wrote on his Hammond/Leslie organ. That organ is still in her family’s home dusted off and played on joyous occasions. Growing up, her Italian family was very musically inclined- especially while cooking in the kitchen. Her grandpa Joe, who just turned 102, would be watching baseball on mute whilst Italian opera plays on the radio all while cooking an Italian dish. With an all-sensory experience from birth, music became Danielle’s joy. She has a crossover voice and can sing most any genre of music, from pop to show tunes to opera. Even Danielle’s father can pick up any instrument and play a tune.

The Miss Earth USA organization promotes environmental awareness and encourages green leadership in communities. Danielle advocates against plastic pollution with her platform “No Excuse for Single Use”.

Listen now on https://www.daniellealura.com/ and on Spotify, YouTube and iTunes.