In the beginning: ‘An Adventure in Space and Time’ reveals the roots of Doctor Who

I was pleasantly surprised by the new BBC TV production of “An Adventure in Space and Time,” when it was announced. I am not a huge fan of “docu-dramas” as they often have little relationship to the actual events, and instead slant toward reality TV melodrama. Thus, I was very happily entertained and appropriately enlightened about many of the events that launched the saga of the good Doctor Who, as performed and exposed in the 50th anniversary special.

David Bradley (perhaps best known for his role in “Harry Potter”) gives a wonderful performance, both capturing some of the grit of William Hartnell without trying too hard to impersonate or reproduce any specific quirk. Playing Hartnell as both a crotchety “Actor” – with a capital A – as well as a true performer, Bradley effectively brings a touching emotion to a man who is initially unimpressed – perhaps frightened – with what he’s gotten himself into, but as the show succeeds falls in love with being the character.

Scenes where he finds more common connection with his granddaughter and autograph-seeking school kids treat us with the validation of a nearly forgotten stage actor getting the role of his lifetime, quite unexpectedly.

One can almost draw parallels to Christopher Eccelston (ninth Doctor), who chose not to remain after one season of reinvigorating and re-launching the franchise. Eccelston chose not to fall in love with the character, and make it his own, as David Tennant later did (tenth Doctor). I’m not sure his roles in things like “G.I. Joe” are a better choice, but at least he won’t be chased down by kids or ardent admirers quite as much. Like many actors on UK shows, they seem to drop in, then move on, eager to do it, but as eager to step into different shoes as the opportunity arises (off the top of my head the lead actor from “Spooks,” Matthew Macfadyen, comes to mind). But I digress.

Brian Cox is always wonderful with good material and good direction – as on hand here from director Terry McDonough – playing the “father” (co-creator) of Doctor Who. Cox gives Sydney Newman life and far less stereotype with a subtle twinkle along with a “my way or the highway” persona; tempered with a showman’s charm and his “pop pop pop” tagline. His description of The Doctor being one part “Father Christmas” was hilarious. The annual “Christmas special” episodes of Doctor Who are a hallmark of the series (“killer Christmas trees!”). 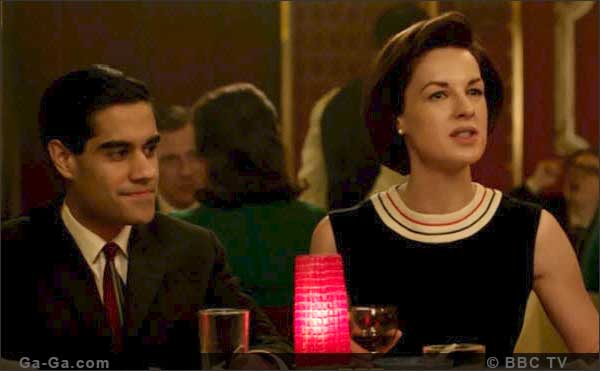 Jessica Raine as original Who producer Verity Lambert (what an awesome purely English name of the last century), plays the strong woman producer without any of the often ridiculous tearful plottings that bad TV writers like to foist upon their impression of the “fairer sex.” Here, Raine gets to be the up and comer, challenging the boys club, without the showdowns and sexual tensions that a U.S. TV show would have injected for ratings, regardless of the actual events. There are only small moments of bias and lack of respect from some of the men, to illustrate the reality of the time in which the events happened.

Raine plays Lambert as both den mother to the crew, the producer of the show, but has to play protector of Hartnell and stand up for the program’s broadcast after the lackluster premiere, which fate times the same day as the assassination of John F. Kennedy. As a precursor to other science fiction programs, the re-run does much better than the original airing. Here in America, it’s only in the 21st Century we see Who first run, and not as a re-run of what the UK audience have seen long before us. The Daleks’ affirmation, “Exterminate!” becomes a play-word for children (the “kiddies”), which 15 years earlier might have been used in a much more awful real-world context during WWII. 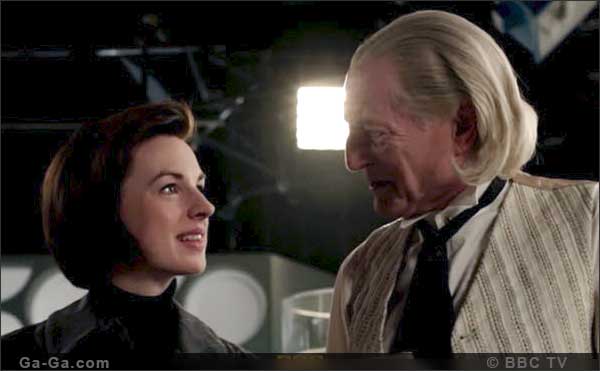 Sacha Dhawan as the Indian director Waris Hussein deals with his own bias, but plays well as a chaste foil to Raine and to provide an emotional anchor to the hardships of producing a first show of its kind, as well as the technical hurdles. The British have been as racist as anyone, but this is not overplayed here anymore than the sexism of the time.

Sets, costumes, photography, props, all effectively place the story in the right context where television was still a fairly technically-challenged medium.

Overall, the script by actor/writer Mark Gatiss is respectful of the people involved instead of turning it into any sort of lurid pulp version of the events, or overly weepy milestone. Gatiss may be best-known in the U.S. as Mycroft Holmes in the BBC drama “Sherlock” which he co-created with current Who helmer, Steven Moffat (they also worked together on the awesome “Jekyll” mini-series). 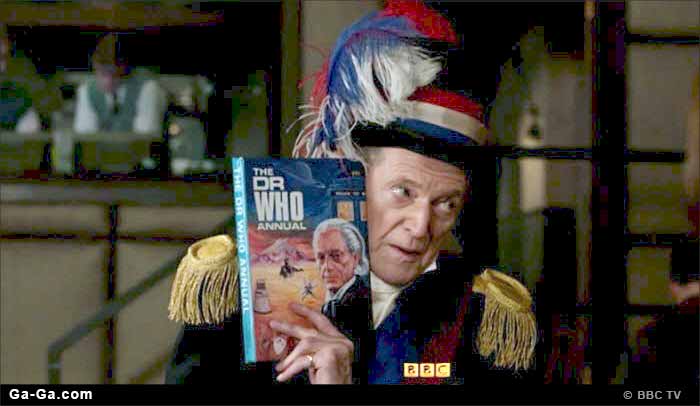 Without knowing how much is spot on, and what bits are fully fictionalized, we still get a touching look at the people who were there. The story moves at the right pace, not too brisk nor mired in any one moment in time, and is very nearly perfect with only the smallest of inconsistencies or inaccuracies I’ll leave you to research if that matters to your daily life.

There is only one (spoilers!) overly-sweet moment where the character Hartnell in his encroaching dementia sees a ghostly smiling image of Matt Smith’s Doctor (the twelfth Doctor) at the helm of the TARDIS set 50 years on. In that moment we see the first Doctor, not the actor, and a connection is made through time.

Having grown up with Doctor Who here in the states (I turned 50 last year myself), I always loved the show and unintentionally suffered a bit of a spin in time dilation since the local PBS station in Los Angeles often got episodes a year or three after the fact. For instance, I watched the Peter Davison era (“fifth Doctor”) after my band did rehearsals in 1985. We called Davison the “Tristan” Doctor, after his series “All Creatures Great and Small” had run here the prior year. We never saw the early black-and-white episodes with William Hartnell.

The first we’d seen of The Doctor was in full color, and the first one I recall seeing was Jon Pertwee (third Doctor). And like many kids and teens who saw Doctor Who in the late 70s and early 80s, we knew Tom Baker as “the definite article.” We got all the other shows like “The Avengers” and “The Saint” here during the day to watch after school, but “Doctor Who” never got as much love here until Tom Baker and the post “Star Wars” era made almost everything science fiction related cool.

With DVD, Netflix, and other options, it’s been possible over the years to catch up, and watch most of the entire cannon.

It’s quite touching that the Beeb (BBC) made this wonderful celebratory, yet respectful, film to showcase the origin story of the series, but also the people who were there at the beginning — and quite ironically, the Daleks are the heroes of the story, with utmost thanks to Terry Nation for them.

Foreshadowed events which are often poorly and heavy-handedly dropped into stories like this are deftly delivered, so that when Sydney Newman mentions a regeneration of the character on letting Hartnell go from the show, it’s not a big wink-wink moment. Thank director Terry McDonough for doing a wonderful job with the script. McDonough is a veteran director, having worked on everything from “Breaking Bad” (“Better Call Saul” episode was one of them), to “Wire in the Blood,” to “Hell on Wheels.”

If you skipped watching this thinking it would be some dry, documentary of people talking about how much they loved “Doctor Who” – as some of the Who specials have been a little too much self-loving – or some awful soap opera inspired by real events, I’m happy to report “An Adventure in Space and Time” is well worth the view, and will give you a better sense of the underpinnings of the series, regardless of which Who you like best.

To all the many cast, crew, producers, makers of the rubber suited monsters, tin-can creatures, sound effects, and the rest, it’s been a wonderful “ride of my life” and look forward to the next 50 with anticipation. Geronimo!

Finally, I think it was wonderful that both Bradley’s interpretation of Hartnell’s classic parting speech appeared in the movie, but then the actual actor delivered the speech “on TV” in the closing. “One day, I shall come back. Yes, I shall come back. Until then, there must be no regrets, no tears, no anxieties. Just go forward in all your beliefs and prove to me that I am not mistaken in mine.”

Behind the scenes video from the BBC on YouTube:

Article is Copr. © 2013 by Christopher L. Simmons and originally published on Ga-Ga, now merged with MuseWire.com – all rights reserved including republication in any form. Images courtesy and © BBC TV. Versions published here are property of Ga-Ga™ an online magazine published by Neotrope®.