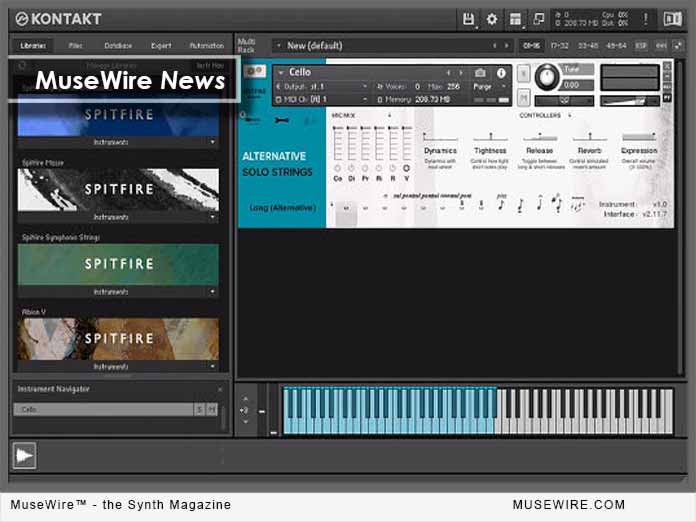 According to the company, the library is ideal for “detailed compositional work while offering anyone an instant, out-of-the-box virtual collaborative experience steeped in personality, quality, and distinction.”

On the company website, Spitfire describes the new library thusly: “This is our alternative take on a solo strings sample library. We’ve captured the performances of four of the most interesting and progressive string soloists in London, and neatly bundled those into an easy-to-use tool for detailed composition work. Featuring Violin, Viola, Cello and Double Bass, you’ll have access to each instrument performing spirited longs and shorts as well as a series of ‘artisan’ articulations. Alternative Solo Strings offers you an instant and out-of-the-box virtual collaborative experience that will be steeped in personality and distinction.”

The musicians that Spitfire Audio chose to work with when creatively crafting ALTERNATIVE SOLO STRINGS represent some of the most in-demand players on the London orchestral session circuit; collaborating with many of the biggest recording artists in the world to Oscar award-winning movie score performances.

The library works with the Native Instruments KONTAKT platform and became available as of Feb. 15, 2018. The library is NKS compatible and includes 6 mic positions.

Learn more on the Spitfire Audio website, at: https://www.spitfireaudio.com/shop/a-z/alternative-solo-strings/

This version of news first appeared on MuseWire.com – © 2018 Christopher Simmons.