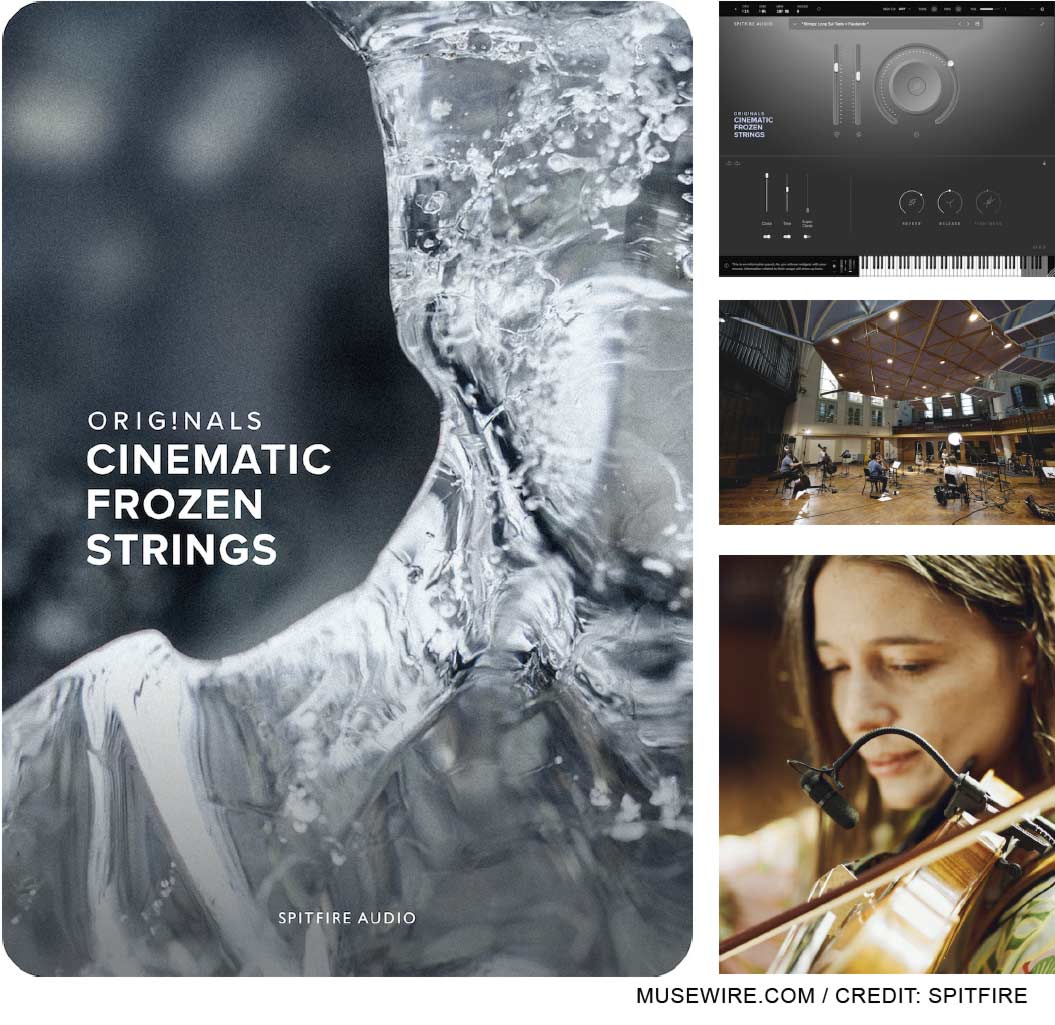 According to the company, ORIGINALS CINEMATIC FROZEN STRINGS offers next-level detail and definition through a bespoke “Super Close” signal, recorded using clip-on microphones on the bridge of each instrument involved. There are three recorded signals — namely, Close, created using valve spot microphones (including rare, vintage AKG C12s, Gefell UM75s, and Neumann U67s) summed together for an upfront image of the string ensemble; Tree, a Decca Tree microphone arrangement, allowing for a spacious sound while capturing the natural resonance of the revered room that is Lyndhurst Hall at London’s legendary AIR Studios: and the aforesaid aptly-named Super Close, featuring DPA clip-on microphones, making for that extremely detailed and precise sound.

Dan Keen, in-house composer at Spitfire Audio, adds: “CINEMATIC FROZEN STRINGS is available now as part of our ORIGINALS series, and you can buy it for 29 Pounds, Dollars, or Euros. I have to say, this is one of my favorite libraries, and it’s definitely going to go into my template. This is a very small ensemble — eight players — recorded antiphonally in the same arrangement as ALBION TUNDRA, so if you’ve got that library, these are going to work really well together.”

###
This version of news first appeared on MuseWire.com and is Copr. © 2022 Christopher Simmons.