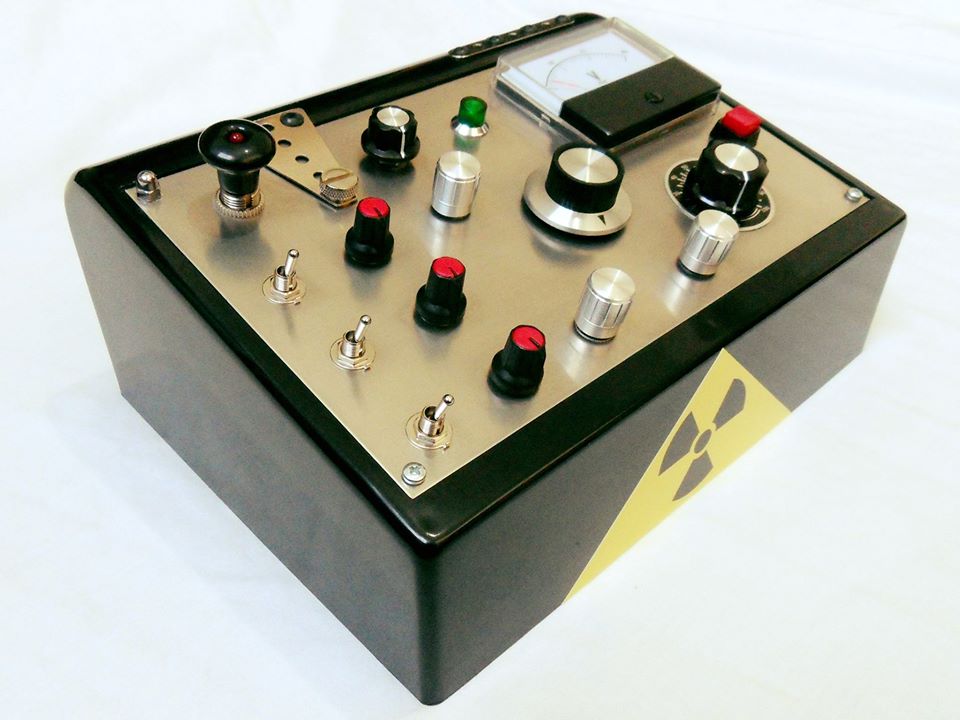 The madman “Rob,” er, genius at RC creates several one-off inventions each year (I own two, actually), and then creates cool demo videos posted to YouTube, very lovely photos on Facebook, and auctions them off on eBay. RC also does “custom order” creations, for those who want something original, or utilizing elements of his many past creations.

Although each device is a one-off, not to be repeated, he often makes alternate takes on the same idea, smaller versions of big boxes, and bigger versions of small boxes. Some have nice wood cases, almost like being built in a cigar box, and others look like antique Russian skunkworks designed to unleash some kind of audio torment into the ether.

Think steam-punk, meets drone synth, meets alien theremin, meets ultimate scary or dreamy soundtrack box (depending on model and features). Truly works of art, and a great lineup of creations to admire even if you never own one.

His one-off items on eBay sell for typically anywhere from $200 to $1,000* (US$), and shipped quickly and securely from the U.K. (*Price varies based on complexity, auction sale amount, etc.; range is just an example obviously.)