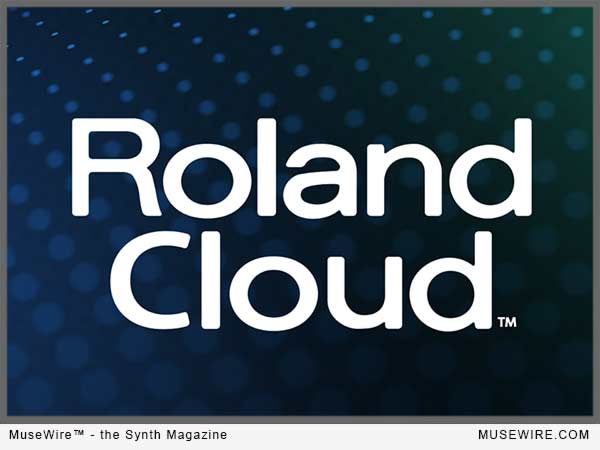 These new RAINLINK products will be designed to assist audio professionals working in today’s mixed media industries. They will include a continuously growing library of virtual instrument audio sounds to be used with the most popular digital audio workstations, will be well-suited for use in film, television, video games and virtual reality applications, and will be available to all through Roland Cloud (www.rolandcloud.com).

“In a collaboration designed to modernize the sounds heard behind today’s music and greatly add to the bright future of RAINLINK, Roland is collaborating with Sony Pictures Post Production Services to leverage the studio’s world-renowned sound facilities, including one of the industry’s most beloved scoring stages, where multiple OSCAR®-winning scores have been recorded,” said Jeremy Soule, executive director of Roland Virtual Sonics.

RAINLINK technology from Roland features more than 130,000 times the resolution of the current global standard known as MIDI. Other RAINLINK innovations address a future of cloud computing in content creation, deep support for gaming and virtual/augmented reality applications, and much more. RAINLINK brings new expressive and creative capabilities for musicians and producers working in every form and style of music.

In 1983, Roland co-introduced MIDI (Musical Instrument Digital Interface) to musicians and forever changed the world of music performance and production. Since its introduction, MIDI has taken a central role in the creation of music for film, television, video games, and music albums. But while MIDI has achieved much as a global standard, it’s remained largely unchanged since its invention more than 30 years ago.

“As motion pictures have increasingly migrated to digital formats and cloud-centric workflows, Roland Virtual Sonics and Sony Pictures Post Production Services have identified an opportunity to bring the next generation of virtual musical instruments, sounds, and related tools to modern productions,” added Soule. “Early into discussions of collaboration, we jointly recognized that the audio capabilities of Sony Pictures Post Production Services and its world-class sound stages could greatly enhance and accelerate efforts to establish RAINLINK as a next-generation technology alongside MIDI. Roland intends to support both formats for years to come.”

MIDI is a technical protocol that describes both the method and means of communication between musical instruments, computers, and related audiovisual devices. Unlike simple audio connections, MIDI carries data representing music performance and control, such as the movement of keys on a keyboard, the strike of a drum, the strum of a guitar, the spin of a DJ controller, and more. MIDI allows one compatible musical instrument to play or “trigger” another, and can be recorded, edited, and played back with relative ease. And while nearly every album, film and television score, or video game soundtrack still incorporates MIDI at some stage in production, most applications use the original “8-bit word” specification. While Roland continues to respect and support MIDI as a world standard, RAINLINK is based on 24-bit words, and simply put, more bits means new capabilities.

BAFTA-winner and Roland Virtual Sonics chief Soule concluded, “I’ve spent 23 years of my career as a composer working within the confines of MIDI. At times, I have asked myself if I wanted to spend the rest of my career working with low-resolution while the rest of the world advanced. Today I’m grateful to be working with Roland as we develop RAINLINK and bring the world of music performance and production into the high-res 21st century.”