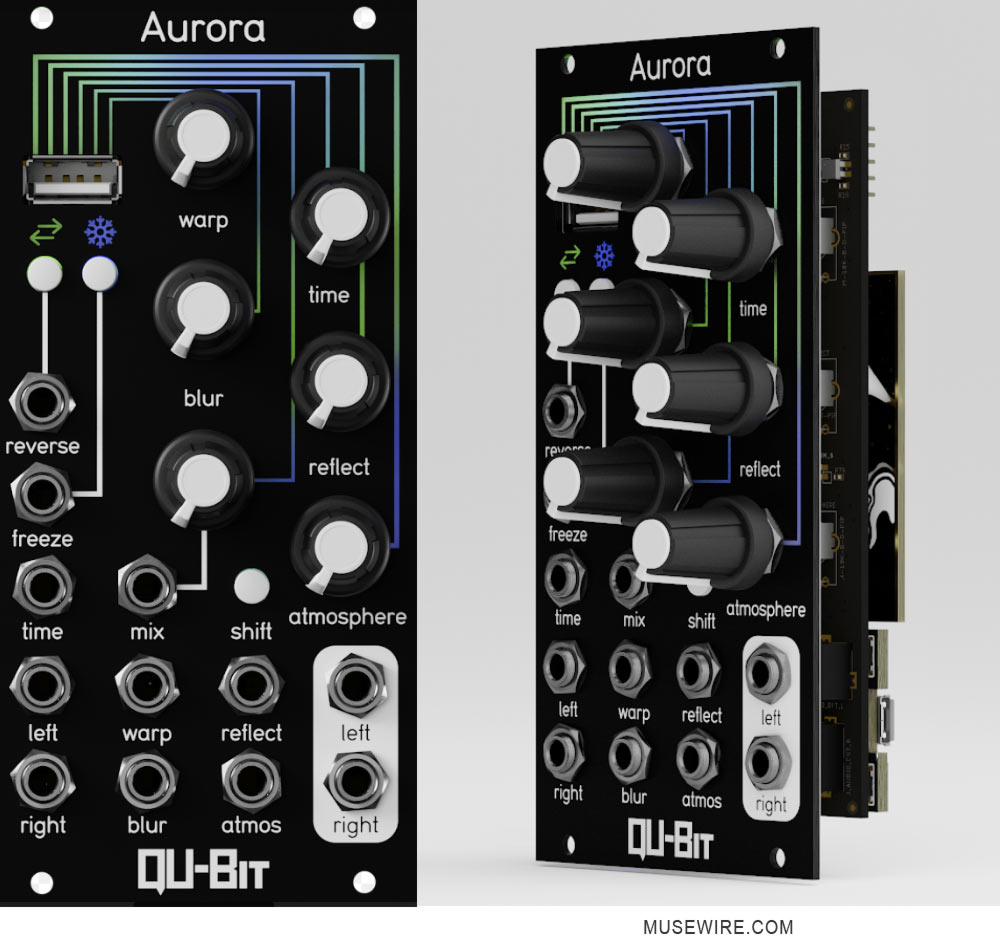 Aurora uses a phase vocoder audio engine which separates the input signal’s time and pitch domains. By blurring these signals you can achieve beautiful time-stretched tails, or cybernetic metallic effects.

Since Aurora’s sonic response is entirely dependent on the input signal, no two patches will sound alike, lending itself to an infinite world of surprise and discovery.

According to Qu-Bit, the module is “likely to invoke a hunger for exploration you felt when you first touched a modular synth.”

The first production run sold out directly from Qu-bit, but is still available direct from a local dealer. Find a dealer/distributor here: https://www.qubitelectronix.com/distributors