Output Inc. has announced ANALOG BRASS & WINDS, “a virtual instrument for those who dare.” The new “Next Level Air” instrument “blurs the line between powerful orchestral sounds and legendary synths.” The company sampled an 18-piece brass section, 18-piece wind section, and hand-selected soloists at the stunning BMC Hall in Budapest. The meticulously sampled recordings range from traditional techniques to wildly unusual ones. 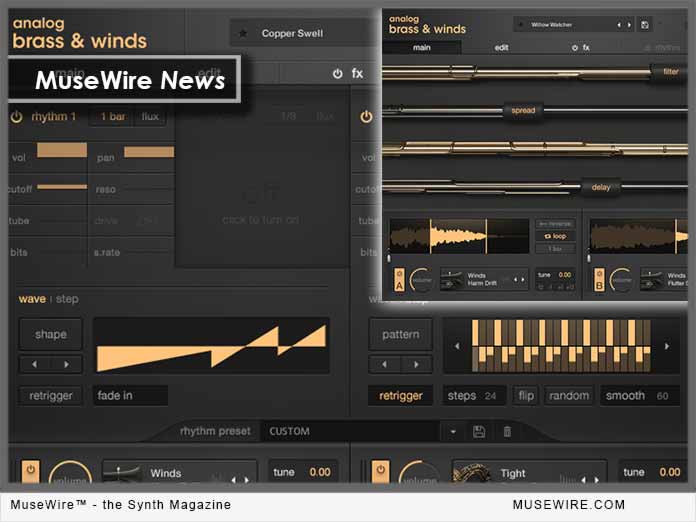 According to the company, “Output’s unconventional sound design ﬂows through the pipes and valves of this engine. Big braams, gritty textures, ethereal winds blend together to give you the best possible combinations. Wielding our most intuitive interface to date, Analog Brass & Winds has built-in advanced modulation routing, dual tape loopers, dual arpeggiators, ﬂux sequencing, and four macro sliders to breathe new life into all airy sounds.”

Big braams, gritty synths, ethereal tape loops blend together to give you the best possible combinations. Get to know how Output's unconventional sound design flows through the pipes and valves of this engine.

Co-Founder and CEO Gregg Lehrman describes the instrument: “If you know Output, you know we love taking something traditional and ﬂipping it on its head. From ‘Stranger Things’ to ‘Bon Iver’ to ‘Future,’ we’re inspired by artists that use Brass and Woodwind sounds in new ways. So we set out to build a VST that pushes it even further – it’s part synth, part huge ensemble. It’s detuned, manipulated and raw. It doesn’t matter if you’re a producer, composer or artist. if you like your palette cool and weird, while still being musical, it’s for you.”

This version of news first appeared on MuseWire.com – © Christopher Simmons.