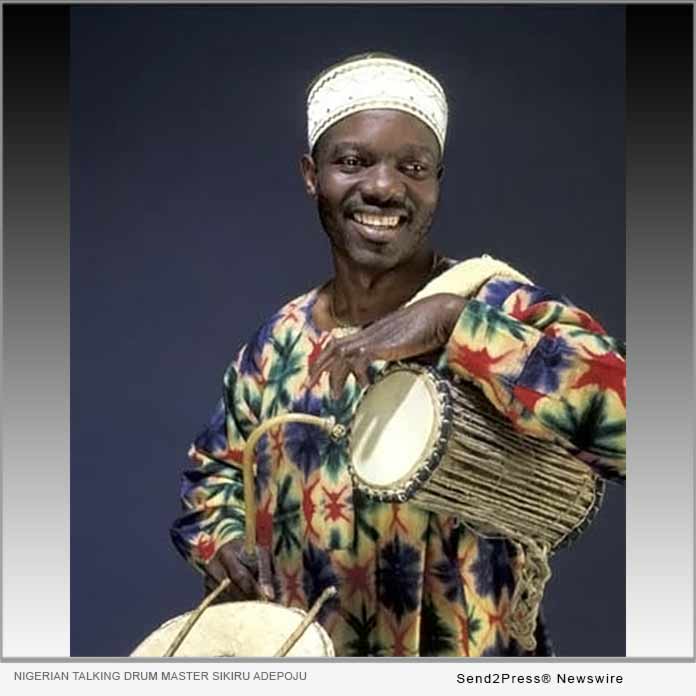 This sunny, buoyant re-imagining of the beloved country classic melds African stylings with global musical influences in a collage of intricate guitar articulations, shimmering steel drums and the sonorous undulations of talking drum, all layered beneath the resonant timbres and easygoing phrasings of vocalist Rashida Clendening, a.k.a. Audio Angel.

Adepoju, whom longtime musical collaborator Mickey Hart dubs “the Mozart of Talking Drum” by, found deep inspiration in John Denver’s timeless ode to the quiet splendor of nature and the universal yearning for a place to call one’s own.

He says the recording is a testament to the power that a great song has to transcend genres, as well as an opportunity to showcase the talents of his A-list collaborators.

“I couldn’t resist adding my African touch to the song after I heard how sweetly guitarists Peter Fujii and Dave Schools played it—and how beautifully Audio Angel [Rashida Clendening] sang it—the first time in the studio,” he says. “I believe the listeners will support my decision.”

Released via MansMark Records, and distributed by DashGo, “Country Roads” is available now across all digital platforms including Spotify, Apple Music and Amazon.

The Riddim Doctors project aims to celebrate African roots music while also infusing it with diverse new flavors: “The hope behind this album is to unite people in celebration of life and goodness,” says Adepoju.

MansMark Records is the home of the last official studio recordings of Babatunde Olatunji. Prince Ayo Manuel Ajisebutu, founder of MansMark Records, is committed to upholding Olatunji’s legacy by associating his work with music and projects that promote love, peace, and elevation of humanity. Babatunde Olatunji is from Ajido Badagry Lagos State Nigeria. In 1992, he received a Grammy Award for his participation on Mickey Hart’s Planet Drum Project.