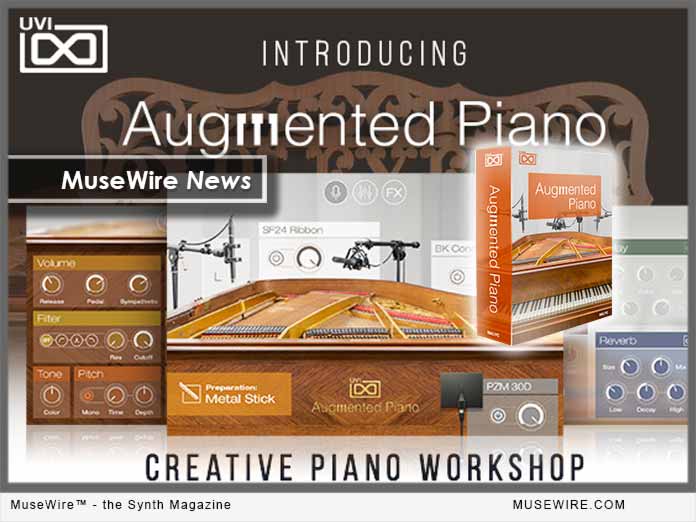 According to UVI, “Augmented Piano provides an inspiring range of sonic territory from beautifully recorded traditional piano to new, eclectic and avant-garde tones ready to breathe life into your compositions by taking the sound of the piano further than it’s ever been.”

Deep onboard sample controls and numerous effects combined with 3 fully-mixable mic sets, including a pair of condenser mics, a stereo ribbon mic and a floor-mounted PZM mic, provide tremendous flexibility and total control over your pianos sound.

According to UVI, “With Augmented Piano we wanted to go beyond traditional prepared piano sounds and offer something both new and inspiring, providing a way for musicians to easily craft and explore new tones and expressive possibilities with an instrument they already know and love.”