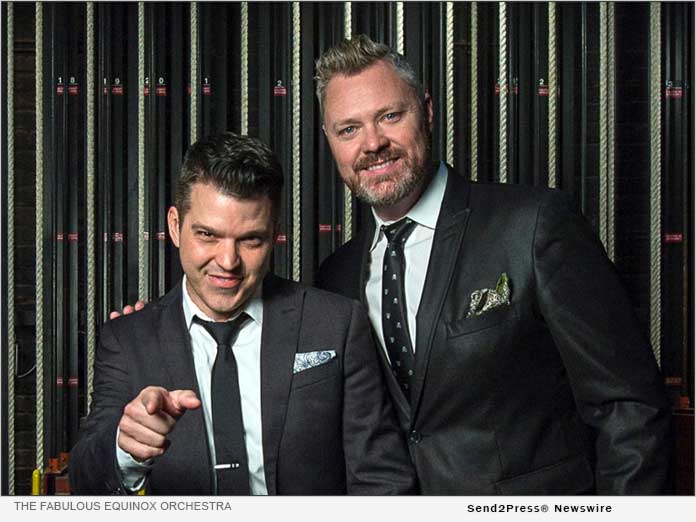 Jeremy Davis and Clay Johnson took their band to the NFS Ranch in Elkton, Florida, during Summer 2020 to record original songs and original arrangements of popular songs. They recorded 26 songs that are separated into three albums. The first album released this year is entitled “Bridge.”

Most musicians and performers were caught off guard when their “well” went dry. Jeremy and Clay took the occasion to dig a new well. Exciting opportunities arose as the well began to take shape. From virtual shows in an empty theater to socially distanced neighborhood block parties, The Fabulous Equinox Orchestra has been able to work while many were forced to sit at home.

Perhaps the greatest opportunity to arise is the band’s Hollywood debut. Four songs on the album are featured in the Universal Pictures movie Courting Mom & Dad, starring Scott Baio and Kristy Swanson, that was released in February. The film is directed by Anna Zielinski, a childhood friend of Jeremy and Clay.

“’BRIDGE’ is an album that connects our band’s history with its future; from the Great American Songbook to original tunes. I love this collection of new music and fresh arrangements!” said Tommy Brinson, musical director.

“Bridge” is now available for purchase as a CD at https://equinoxorchestra.com or on all streaming platforms.