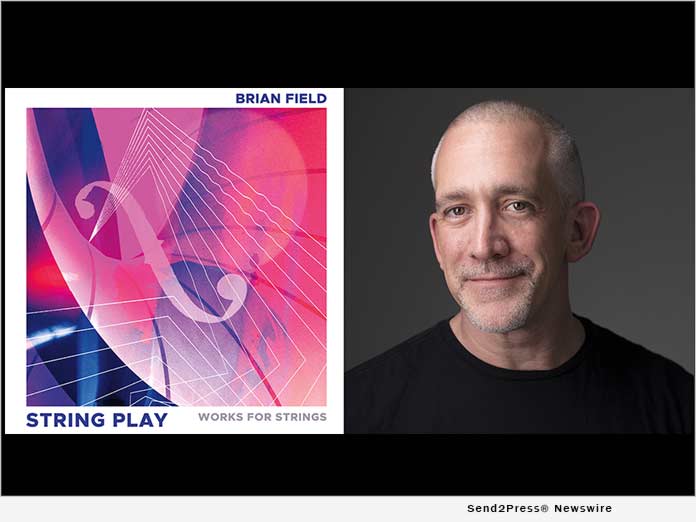 On this fifth album, Field explores a wide range of forms, moods and ensemble groupings, combining driving rhythmic impulses with hints of jazz and post-romantic sensibilities. Fanfare Magazine calls Field “a very fine composer…his music comes across as having a great deal of conviction.”

The album opens with his Sonata for Violin and Piano, highlighting the skills of Diana Sargsyan, the concertmaster of the Kandinsky Symphony Orchestra, and transitions to his work for string orchestra performed by the Budapest Philharmonic, “Oliana’s Dream of the Sea,” which is based upon a short story by the American author William Lychack.

The collection concludes with Field’s “String Quartet #1” in four movements, performed by the ÉxQuartet. Guy Rickards, Gramophone, says, “Listening to [Brian Field’s] First Quartet makes me want to hear more. Its four very rhythmic movements are models of concision, real dialogues between the four musicians.” The American Music Guide further notes that, “Field’s Quartet #1 has a true gem of a second movement: here we get that delicious sense of longing, of needing, as the strings climb higher and higher on their fingerboards: almost like they’re attempting to touch heaven.”

Brian Field’s music is an eclectic fusion of lyricism and driving rhythm that brings together elements of post-romanticism, minimalism and jazz. A graduate of Connecticut College and the Juilliard School in New York City with a doctorate from Columbia University, Field has studied with Noel Zahler, Milton Babbitt, George Edwards and Mario Davidovsky, among others. A recipient of dozens of awards, his compositions are widely performed, recorded, and distributed worldwide. He has written music for solo, chamber ensemble and orchestra, ballet, stage and television.

For more about Field: https://www.brianfield.com/