HOUSTON, Texas /Music Industry Newswire/ — Nick Serena and his sister, Kaelynn, made a TikTok of Nick imitating Joe Goldberg, America’s “favorite serial-killing romantic” and the protagonist of Netflix’s hit show, “YOU,” as played by Penn Badgley. That TikTok video has already attracted over a million views and counting! Now he’s using his viral fame to promote his band, Astro Inn, and their new music video. 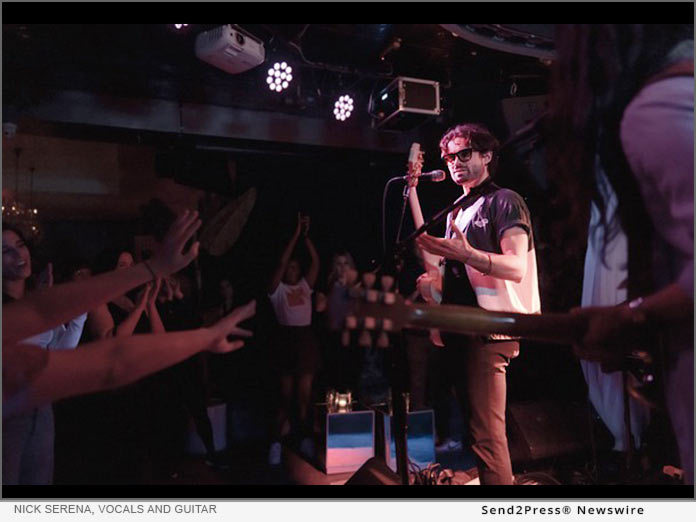 Serena bears a striking resemblance to Badgley, so Twitter showed no mercy. One comment in particular caused an eruption that led the post to begin trending: “Joe after using a guasha.”

This led to a follow up duet, where it’s almost impossible to tell who is who! Luckily, having this celebrity lookalike is on brand for Serena’s latest project.

Serena performs on vocals and guitar along with bandmates Jacob Rodriguez on drums, Peewee Ruiz leading guitar, Sergio Vazquez-Puglisi as bassist, plus Tony Ortiz on keys and bass.

If you haven’t experienced their sultry dynamic yet, check out what they aptly described as a softcore video, “Aphrodisiaddict,” next for a titillating performance.

Astro Inn’s catchy, relatable lyrics have a way of provoking memories from their portrayal of a rut in “Bad Luck” to a toxic, lustful obsession over someone you’ve never met on the internet through “Venus in Retrograde.”

Anyone who likes Glass Animals or Cigarettes After Sex is in for a pleasurable time. For press inquiries such as why Kate Upton chose Astro Inn to perform for her birthday party, email astroinnmusic@gmail.com.