LAS VEGAS, Nev. /Music Industry Newswire/ — Las Vegas Symphony Orchestra’s (LVSO) newly-conceived “EPIC” is an intense piece of music inspired by medieval battle scenes. It’s the first time in Las Vegas history that an orchestra has released a national album and this one has a unique movie/motion picture soundtrack that’s sure to excite movie producers from near and far. 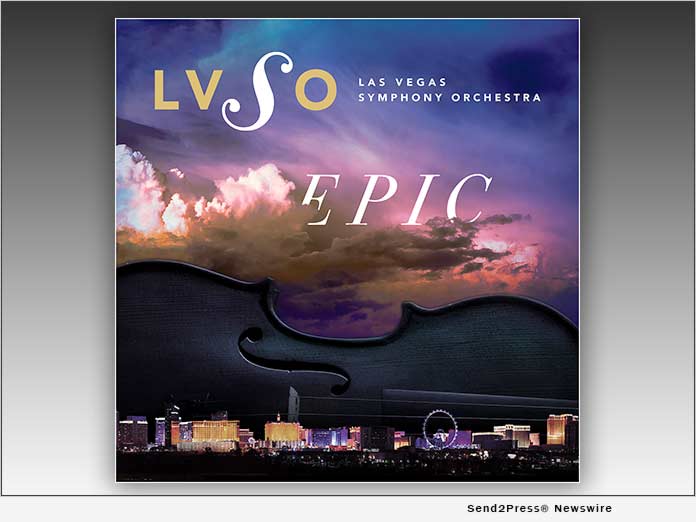 Shea Arender, CEO, LVSO, who co-wrote the record with Michael Binder of MGB Music, says this is only a sign of things to come.

“LVSO is just getting started and churning things up is what we’re all about,” Arender says. “After sharing this album with a few different entities, we anticipate this new release will be met with great excitement.”

“EPIC” takes the audience on a journey that starts off subtly and builds them into a final frenzy connotating the end of the battle. Its first track, “The Awakening” gets the audience’s attention and quickly captivates till its final crescendo and fifth and last track, “Victory Hallelujah.”

Overall, LVSO focuses on symphonic pops that appeal to audiences of all ages.

“The music on this album is perfectly-suited for a major motion picture or other lavish production,” Arender says. “It’s big. It’s memorable. It’s ‘Epic.’”

To download a free song from the “EPIC” album: http://www.lvsofreesong.com/

Las Vegas Symphony Orchestra focuses on symphonic pops to appeal to audiences of all ages. It strives to strengthen the music community, the local community and international communities through the art of music. Its CEO, Shea Arender, primarily a symphony producer, has worked with symphony orchestras across the U.S. and is also an accomplished vocalist, music arranger and songwriter.