KORG announces new ELECTRIBE Wave virtual instrument for iOS, with a sound wavetable featuring sounds widely used in the latest music creation. Unlike a PCM synth, the wavetable allows you to repeatedly play fragments of short waveforms, and change the waveform position during playback. 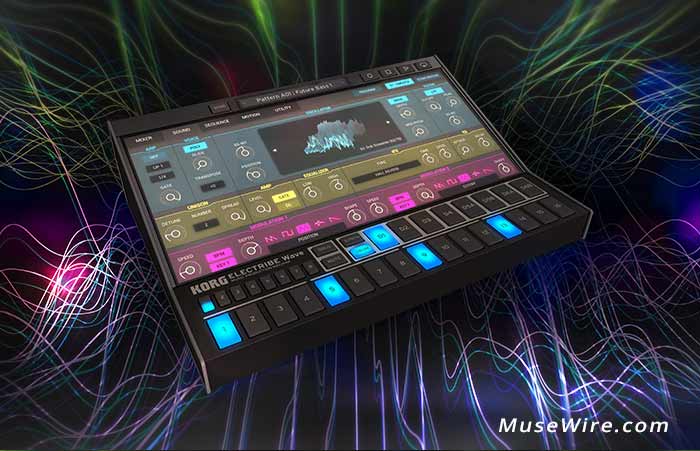 By combining the wavetable (which features a rich variety of presets) with a powerful filter and two modulation units, you can create an infinite number of innovative and sharp sounds that cannot be produced using standard PCM synths.

The ELECTRIBE series first appeared in 1999. Since then each generation has inherited the iconic, intuitive operability of the original while incorporating the most up-to-date sounds and styles.

According to the company, “The ease of use, accessibility, sound and musicality of the ELECTRIBE reach new heights in this latest software version which features a powerful wavetable sound source, a ‘Quick Input’ sequencer and a convenient chord pad that allows you to play a chord with one finger. Even if you aren’t a musical virtuoso, with ELECTRIBE Wave you can create state-of-the-art dance music like EDM, Future Bass, and Trap.”

In celebration of the new ELECTRIBE Wave, KORG is now offering a limited-time 33% off sale. Don’t miss this great opportunity to get ELECTRIBE Wave so you can easily create your own state-of-the-art dance music. Sale ends September 30, 2018. Special price in the Apple App Store – $19.99 (33% OFF).

This version of news is Copr. © 2018 Christopher Simmons – no fee or other consideration was provided in publication of this news item on MuseWire.com