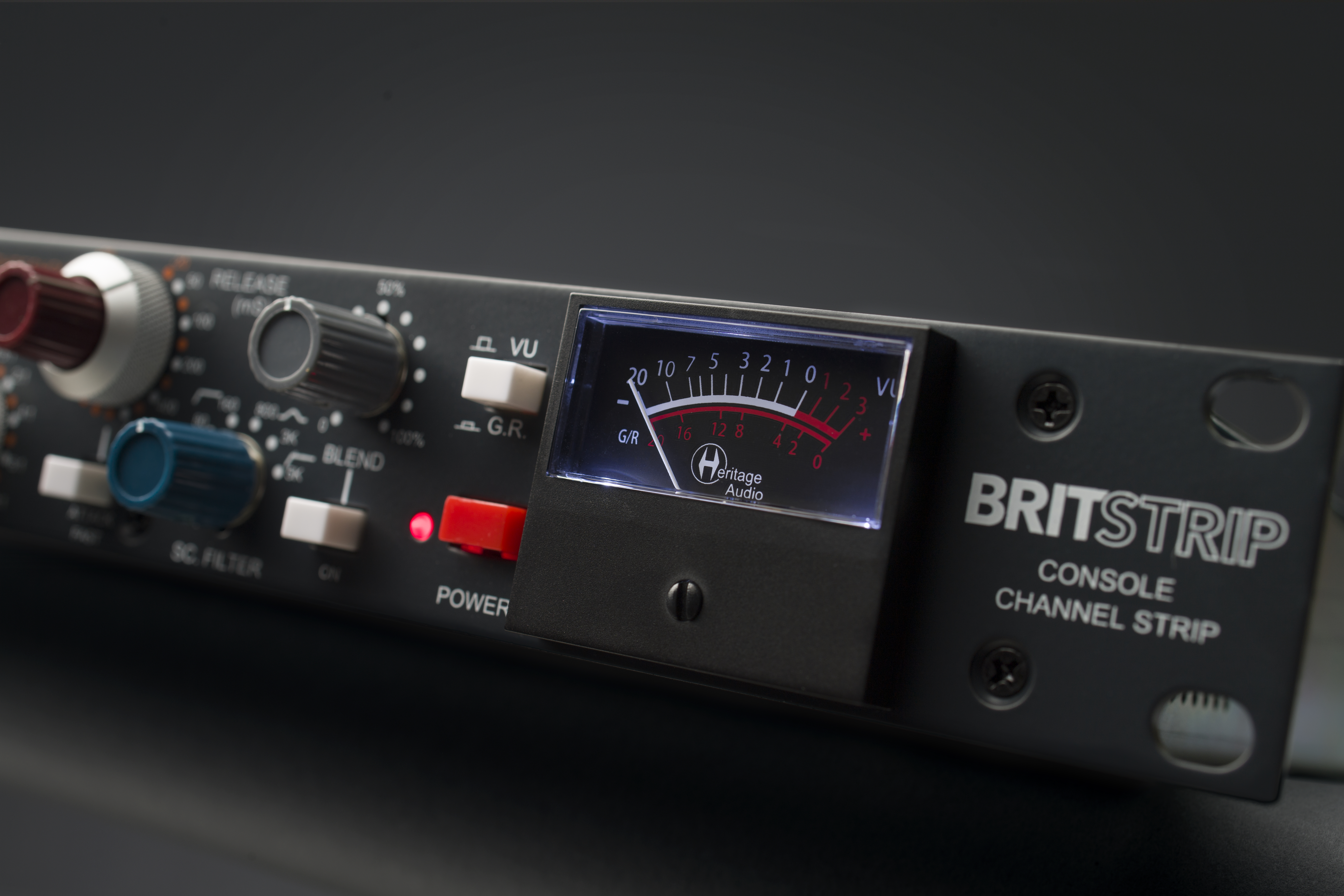 The BritStrip console channel strip’s D.I. is also taken from the highly-acclaimed design found in the 73JR II, an all-discrete Class-A JFET (Junction Field-Effect Transistor) circuit fronting the microphone transformer to provide all the colour and weight any present-day demanding engineer could conceivably ask for. Furthermore, the D.I. also includes a passive THRU output to feed a separate amplifier.

The BritStrip is shipping and available now via RAD Distribution in the US (http://www.raddist.com/heritage-audio.php) — with a MAP (Minimum Advertised Price) of $2,499.00 USD — and elsewhere — with an SSP (Standalone Selling Price) of €2,499.00 EUR (including VAT) — via Heritage Audio’s growing global network of dealers

Heritage Audio is a European pro audio manufacturer based in Madrid, Spain. Founded in 2011 by Peter Rodriguez, a sound engineer and producer with extensive experience in the music industry, its aim is true: to bring back the philosophy of the golden age of recording and adapt it to the needs of 21st Century studios while contributing to transitioning music into a new era in the process