Best Service has announced a new sample library, “Celtic ERA” by Eduardo Tarilonte. According to the company, “Tarilonte once again takes you to a fascinating journey through time. This time, he travels far north to the roots of the Celtic culture.” For Celtic ERA, Eduardo Tarilonte has recorded 23 brass-, string- and percussion-instruments in full detail and with immaculate quality. 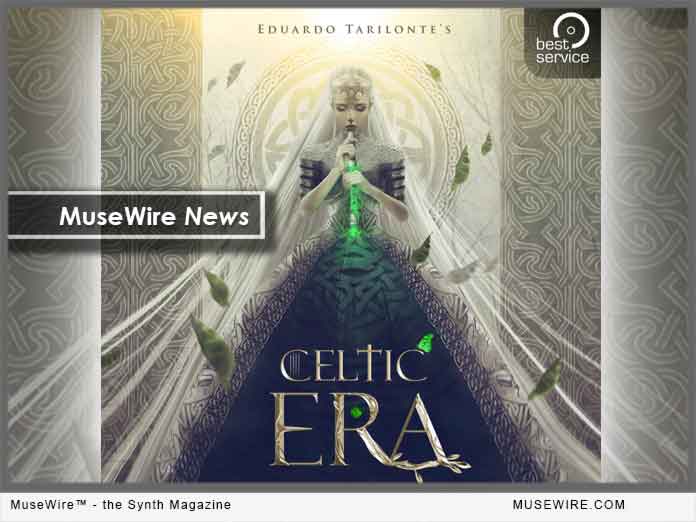 Sounds having been been played in the green vastness and the high mountains of Ireland for ages are now available at your fingertips with Celtic ERA. Find catchy flutes, dreamy harps, the famous Uilleann Pipes and the indispensable Bodhran drums. To achieve an even greater variety some sounds have been created by recording two different instruments of the same kind. This allows you, for example, to play a harp duet without the instruments sounding identical.

In addition, authentic phrases have been recorded as MIDI-patterns as well as inspiring soundscapes. Naturally, the instruments are offered in all of their typical articulations with an added true-legato-function.

The instruments of this roundabout 18-GB-heavy library (consisting of more than 18,000 samples) are elaborated multisamples (24 bit/ 44,1 kHz) with several dynamic graduations, various articulations, round-robin- and real legato-samples as well as dedicated glissando samples.

All instruments have been recorded using selected Kahayan U47-microphones into preamplifiers by the same manufacturer. Miking was carried out intentionally close and thus without room detail. This procedure offers full control over the following sculpting of the sounds and effects. Therefore, the sounds of Celtic ERA can be combined with Eduardo Tarilonte’s others libraries without any difficulty.

Best Service ENGINE 2 Sample Player is included in this product.