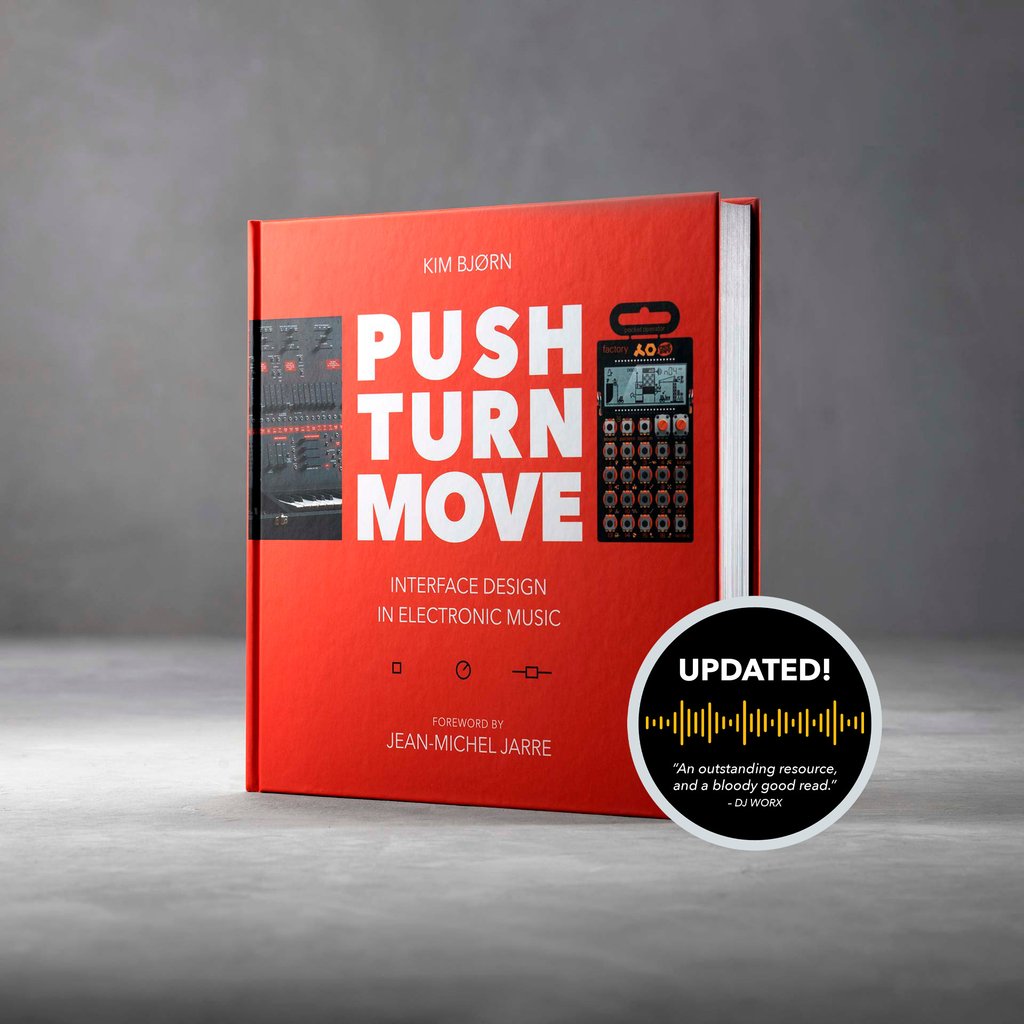 Originally published in 2017, the first edition of PUSH TURN MOVE has sold across more than 50 countries around the world. It has served as the ultimate reference for those looking to learn more about how electronic music is made, through the eyes of its creators, toolmakers, and innovators.

PUSH TURN MOVE was the book that started it all for Bjooks, and it is truly a labor of love. At the time it was released around four years ago, Kim had no idea that it would take on a life of its own, or that it would be read by so many electronic music fans around the world. Since its original release, there have been many new innovations in the electronic music industry, so it was time for an update.

Improved printing technique resulting in even more crisp and colorful images. Printed on environmentally-friendly paper – FSC – from responsible sources. For Bjooks-collectors especially: Updated spine which aligns the title with the other titles.

The book was very much up-to-date when it was first published in late 2017. However, products and people change, so therefore, some company names, and positions have been updated, while in other instances it is clearly marked when the interview was done. Also, tech advancements like Augmented Reality and Polyphonic Aftertouch are up-to-date.

The following instruments have been added – or updated:

The updated edition will be available at selected ‘synth stores’ (online and IRL), and direct from the publisher for US$69.95 plus shipping: https://bjooks.com/products/push-turn-move-the-book