NEW YORK, N.Y. (MuseWire) – The Pit Stop Players, a ten-member instrumental ensemble, will play its inaugural concert on Monday, February 1, 2010 at 7 p.m., at the Leonard Nimoy Thalia at Peter Norton Symphony Space, 2537 Broadway at 95th Street. The eclectic, genre-defying group will perform works by William Bolcom, Olivier Messiaen, Dmitri Shostakovich, and Danny Elfman, as well as a piece by Joshua Rosenblum, the group’s conductor and founder. The concert will also include a movement from Paul Moravec’s “Tempest Fantasy,” which won the 2004 Pulitzer Prize in Music, and a world premiere by Broadway orchestrator Michael Starobin. 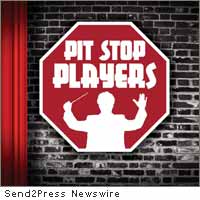 “The level of talent and ability among Broadway pit musicians is astonishingly high,” said Rosenblum, who will also play piano on the program. “I’ve always thought it would be eye-opening and inspiring to put a group of these players together and show what they can do when they’re center stage instead of in the pit.”

Rosenblum anticipates presenting three concerts per season with the Pit Stop Players, and says nearly any genre is fair game for their programs, including traditional and contemporary classical, jazz, rock, fusion, and film music. However, the primary emphasis will be on new compositions and arrangements, written and orchestrated specifically for the group.

Rosenblum, who was trained as a classical pianist, has led the orchestras for thirteen Broadway and Off Broadway shows, including “Wonderful Town,” “Chitty Chitty Bang Bang,” “The Music Man,” “Miss Saigon” and “Dr. Seuss’s How the Grinch Stole Christmas.” He is also the composer/creator of “BUSH IS BAD,” the hit Off Broadway satirical revue, and the composer/co-lyricist of Fermat’s “Last Tango” and “Einstein’s Dreams.” His instrumental music has been recorded on two CDs: “Impetuosities” and “Sundry Notes,” both on the Albany Records label. Rosenblum has written pieces on commission for Phil Smith, principal trumpeter of the New York Philharmonic; Ethel, America’s premier post-classical string quartet; and the Chase Brock Experience dance troupe. He teaches Composing for Musical Theater at Yale University, his alma mater.

Michael Starobin is an award-winning orchestrator and arranger working on Broadway and in Hollywood. He has orchestrated some of Broadway’s most innovative musicals, such as “Falsettos,” “Sunday in the Park with George,” “Assassins” (2004 Tony Award for Best Orchestrations) and “Next to Normal” (2009 Tony Award for Best Orchestrations). He was the conductor and orchestrator for Disney’s “Hunchback of Notre Dame,” and contributed orchestrations to Disney’s “Once Upon a Mattress” and the film versions of “Chicago” and “Nine.” Last year, the Queens Symphony performed the world premiere of his Sondheim Variations for string orchestra and percussion.

Tickets for the February 1 concert are on sale now and can be purchased via the Symphony Space website http://symphonyspace.org, or by calling (212) 864-5400. Tickets are $25 ($20 for Symphony Space members.)