CHOCTAW, Miss. — This winter Pearl River Resort will host an exciting music lineup at The Silver Star Convention Center with something for everyone’s taste. Featured artists include KC & The Sunshine Band, Roberta Flack, Lorrie Morgan and Ronnie Milsap, George Jones, and the legendary Brenda Lee. Following is a sampling of performances. All shows start at 8:00 p.m. and tickets range from $27-$37. 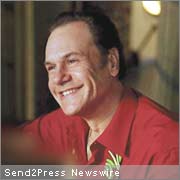 * KC & The Sunshine Band will perform their unique blend of disco and funk on November 14. The 1970s icons have produced more than a dozen albums and topped the charts with a long list of hits including “That’s the Way I Like It,” “I’m Your Boogie Man” and “Get Down Tonight.” Lead singer Harry Wayne Casey has been going strong since reviving the band in the early 1990s.

* Roberta Flack will perform on November 29, 2008. With 1972’s “The First Time Ever I Saw Your Face” and “Killing Me Softly With His Song” in 1973, she became the first artist to win the Grammy for Record of the Year in two consecutive years, a feat matched only by U2 since then. Flack has produced 18 albums in all, including a live album released just this year.

* Lorrie Morgan and Ronnie Milsap will perform on December 6, 2008. Daughter of the Grand Ole Opry star George Morgan, Lorrie made her debut there at the age of 13. Her #1 hits include “Five Minutes,” “What Part of No” and “I Didn’t Know My Own Strength.”

Blind since birth, country singer Ronnie Milsap received a Grammy for Best Male Country Vocal Performance for the hit single “Please Don’t Tell Me How the Story Ends” as well as for the album “Lost in the Fifties Tonight.”

* George Jones will perform on December 13, 2008. Jones began singing and playing guitar on a radio station at the age of 16. Jones has produced 14 #1 hits including “Walk Through This World With Me,” “The Grand Tour,” “Still Doin’ Time” and “I Always Get Lucky With You.” He has won numerous awards including nine Male Vocalist of the Year awards and was inducted into the Country Music Hall of Fame in 1992.

* Brenda Lee will perform on December 18, 2008. Elected to the Country Music Hall of Fame in 1997 and to the Rock and Roll Hall of Fame in 2002, Lee began her career performing regularly on an Atlanta radio station at the age of seven. Between 1973 and 1975, she had six consecutive Top 10 hits and continued to inhabit the Top 10 on country charts through the ’80s and ’90s with “Tell Me What It’s Like,” “The Cowgirl and the Dandy” and “Broken Trust.”

For more information and tickets please contact the Pearl River Resort by visiting www.pearlriverresort.com or call 1.866.44PEARL. Guests must be over 21 years old to attend.

Pearl River Resort is a development of the Mississippi Band of Choctaw Indians, a federally recognized, self-governing tribe with approximately 9,600 members living on or near reservation land.