Linkin Park met with US Dept. of State and Energy on Access to Energy: Music for Relief efforts 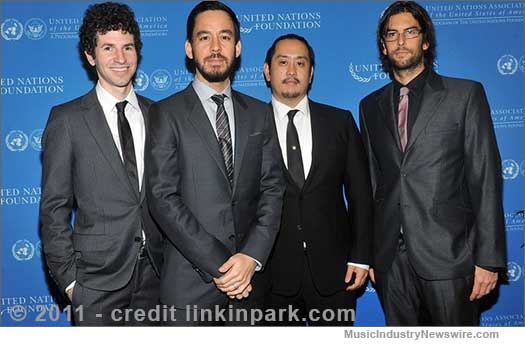 Along with representatives of the private sector and non-governmental organizations, participants discussed United States Government programs to expand access to electricity, including commitments made to the UN Secretary-General’s Sustainable Energy for All initiative (SE4All) and Connecting the Americas 2022, which was launched at the Sixth Summit of the Americas.

Linkin Park described their efforts to support energy access for all through their Power the World initiative and the non-profit Music for Relief. The band expressed their commitment to supporting and inspiring efforts at international development, disaster relief, and particularly, energy access.

Other participants in the meeting included staff of the United Nations Foundation, Music for Relief, and private sector leaders. The meeting took place at the Department of State’s Harry S Truman Building.