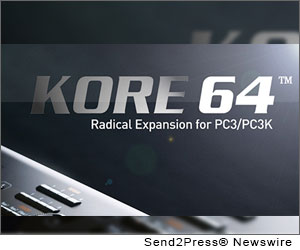 **Note: even if KORE 64™ is not installed, all PC3/K units can still update to OS v2.20 and benefit from the general system refinements.