NEW YORK, N.Y. — JSM Music owner and executive producer Joel Simon and his studio will have their own cause to celebrate at this week’s BET Awards. Tuesday night’s awards will include the world premiere of a new TV commercial featuring Mary J Blige – part of a campaign for Chevy Tahoe – for which Simon and JSM Music played a key role.

The music for “Stripped Away,” a 30-second spot for the new Chevy Tahoe, was produced by JSM Music, with Joel Simon acting as music supervisor on the project, and Simon and Victoria Villalobos – JSM’s VP and Executive Producer – acting as music producers.

The advertisement was directed by Academy Award winner Bill Condon (Chicago, Dreamgirls) and was shot at the Kodak Theater in Los Angeles, home of the Oscars and the American Idol finals. The spot was created by agency Campbell-Ewald along with partner, Translation. 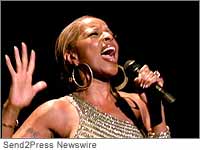 “A project like this doesn’t come along every day,” said Simon. “To work on a project with such scale with academy award winner Bill Condon, and Grammy award winning Mary J Blige, at the height of their remarkable careers was an incredible experience for me, and for JSM as a whole. I congratulate GM, Campbell-Ewald and Translation for having the vision and fortitude to embrace the highest level of talent and show the world what Chevrolet is all about.”

About JSM Music
JSM is the largest commercial music production company in America producing music for some of the world’s foremost advertisements. Joel Simon and JSM have been featured in Billboard, Crain’s New York Business, Creativity, New York Post, Adweek, Advertising Age, New York Times, and countless others. The company and its talent pool have garnered countless gold and platinum records, Grammys, Emmys and every advertising award imaginable.