NEW YORK, N.Y. (MuseWire) – Certain exceptional musical matches are unquestionably made in Heaven. The day that ubiquitous keyboard journeyman, and PRA Records recording artist, Joe Sample arrived at the studio to lend his distinctive piano touch to singer extraordinaire Randy Crawford’s debut album “Everything Must Change” in 1976, one of the finest pairings in contemporary jazz was born. Off and on through the years, these soul mates have made sweet music together – from the now classic “Street Life,” which Randy sang with Joe’s group The Crusaders, to Randy’s own album “Now We May Begin,” for which Joe was a co-producer. These stellar guest appearances eventually led to the inevitable: a duo project as co-headliners. 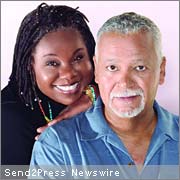 March 24, 2009 will see the release of Joe Sample and Randy Crawford’s second album of collaborations titled “No Regrets.” It’s the much anticipated follow-up to their first such collection in 2006, Grammy(R) nominated “Feeling Good,” which peaked at #3 on the Billboard Contemporary Jazz Chart and paved the way for a successful string of tours around the world.

“No Regrets” promises to lean in more of a soulful direction, featuring both remakes of R&B classics such as Aretha Franklin’s “Today I Sing The Blues” and The Staple Singers’ “Respect Yourself,” plus other songs from across the eras done in a jazzy-soul style; such as the legendary Edith Piaf chestnut “No Regrets” to contemporary pop singer/songwriter Sarah McLachlan’s “Angel.”

Sample states, “Randy and I wanted to keep this recording on more of the rhythm and blues side. And, as always, we wanted to pick songs that nobody else records.”

The result is a collection of music that sets and sustains a laid back late night groove – a time and space where the listener can do just that – relax and really listen to Joe and Randy’s custom made takes on everything from blues great Bobby Blue Bland’s “Lead Me On” to Songwriters Hall of Fame inductee Randy Newman’s poignant “Just One Smile”; the latter of which significantly impressed Mr. Newman, who told his old friend Mr. LiPuma personally. Key to setting this mood is the returning rhythm section of world class veterans Steve Gadd on drums and Christian McBride on bass – ultra sensitive sidemen who provide the music with precisely what it requires and nothing more.

This fantastically laid foundation brings out the very best in Miss Randy Crawford for 11 soul-stirring performances. One London Times reviewer marveled at how after 30 plus years her voice still retains such “youth and power.” Sample proudly describes her succinctly as “an American treasure.”

Joe Sample and Randy Crawford’s No Regrets is a top shelf sample of masters at play.