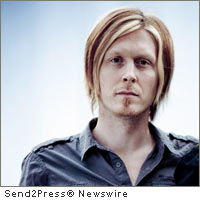 NASHVILLE, Tenn. (MuseWire) – Nashville based singer-songwriter Kenny Foster, a Joplin, Missouri native, has become a hometown hero by writing a song based on the May 22 tornado that ravaged his hometown one month ago, destroyed his childhood home and trapped his family in the crawl space of their home before they were rescued. Called “Hometown,” Foster’s powerful song details the emotional aftermath of the disaster, as affected families try to sort through the emotional wreckage and find a way to move on.

A video of Foster playing this song in Joplin found its way on to YouTube and the response required that Foster take notice. He wanted to turn the attention on the song into a way to raise awareness and funds to help Joplin.

Foster says, “I knew what I wanted to write. A heartbreaking tale of sadness. I wanted to spill my guts. I wanted catharsis to find its way into my fingers, and let me leave it all there on the page.” But instead, Foster wrote a song of hope.

This led Foster to work with Nashville-based producer, Vince Romanelli, to track a studio version of “Hometown.” Foster has partnered with The United Way with all funds generated by the sale of this song going toward the rebuilding efforts in Joplin and beyond.

Valerie Searcy, Director of Marketing for the United Way of Southwest Missouri and Southeastern Kansas says, “This partnership with Foster is special because he is from Joplin. He knows what the city looked liked before and he can share in everyone’s vision for the future. We are so privileged to be able to partner in such a personal way to help our community and hometown.”

Foster says, “I hope this song keeps the storm-ravaged communities in our hearts and minds, and brings some solidarity between those directly affected, and the nation that stood aghast. This event will most likely be the historical benchmark that will define the youngest generation that lived through it first-hand. I hope that generation’s message is one of hope and empowerment, not despair.”

“Hometown” is receiving a global response of digital downloads while, domestically, Foster is being contacted by radio stations, eager to hear the story behind the song that is finding its way into rotation.

“Being a part of Joplin’s story is a tragic blessing” comments Foster. “In a time of tragedy, you come to see the very best of people and I can only hope that everyone can experience the outpouring of kindness that we’ve felt over the past few weeks.”

Foster has found that the reach of this song extends beyond the perimeter of the small Missouri town that was its inspiration. He hopes that “Hometown” can also encourage people that are rebuilding their hometowns in Tuscaloosa, Memphis, Fayetteville, New Orleans, and beyond, bringing hope to hometowns everywhere.

The song “Hometown” is now available on iTunes and on www.kentonfoster.com . This song is also available by request on radio stations nationwide.