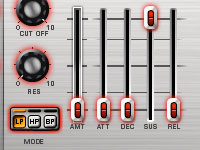 Berkshire, UK (MuseWire) – GForce Software has announced a new sound pack for existing users of M-Tron Pro, which brings the delightful “antique” Mattel Optigan into the 21st century. According to the company: “For many moons we have harboured the desire to release a full set of sounds recorded from our grainy old Optigan. We considered building a new instrument but ultimately we’ve made the decision to integrate these sounds within the M-Tron Pro, primarily because they sit so well along side those tones and rhythms already released.”

“The OptiTron Expansion Pack for M-Tron Pro takes these nostalgic tones into completely new sonic territory and we look forward to hearing them in your compositions in the future. And for fun we’ve included a few new user iinterfaces along with the custom OptiTron UI.”

OptiTron is only available to existing registered users of M-Tron Pro and is priced at $39.00.