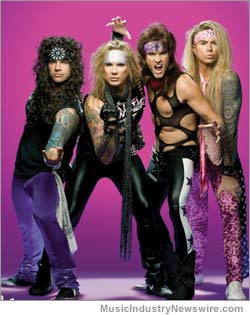 In the co-main event, Canadian Olympian Donnie Orr (15-1) will be featured in a 6 round bout also featured will be Sergey Kovalev 15-0, Vecheslav Glazkov 9-0 and pro debut Blake Radita Also included will be MMA Fights featuring undefeated Danny White, AJ Fonseca and Jay Bogen.

A host of stars will join the fun including D-wrek from MTV’s Wild ‘n Out and True Blood’s real life princess Natasha Alam and World heavy champion Evander Holyfield. The cover girls will also perform at this rock themed event.

Special attraction of the evening will also include a fashion show featuring “Bridget by Roma” a Halloween costume line designed exclusively by Bridget Marquardt and Sam Fard of Roma Costumes.

Guests will rub elbows with beautiful Playmates, celebrities, models and some of the hottest girls in Southern California.

MyLife MyPower (www.mylifemypower.com) will benefit from this event.