COACHELLA, Calif. /MuseWire/ — Saimac International announced today that the Coachella music scene is growing! Executive Producer Lola Acosta’s longtime vision for THE DESERT ROCK FEST is happening. The brand new up-and-coming Rock Festival will make its presence known to the public April 3 and 4, 2020 at the highly anticipated and unique property, The Hotel Indigo in Coachella, California. 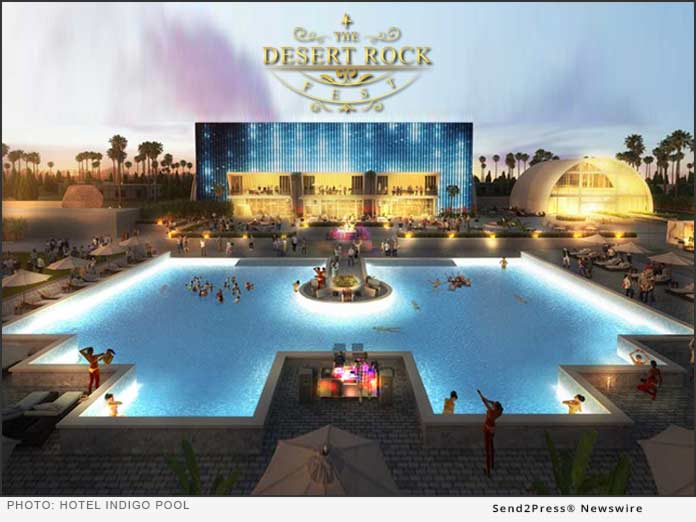 The reimagined and completely new concept Hotel Indigo will offer breath-taking sceneries, eccentric styled room combinations and of course, a 10+ acre playground to enjoy as the festival takes place right on its property.

“The Desert Rock Fest is proud to introduce world renowned artists and bands that have influenced and stamped their mark throughout rock history,” says Acosta.

She adds, “With Coachella Fest and Stagecoach being a paving example of the success the valley holds, we are incredibly honored to add another festival to the desert that is not only unique to Coachella, but can further capitalize us as the music city of the world!”

The Desert Rock Fest will offer packages to music goers who are eagerly waiting for something fresh and exhilarating. We will be offering two day passes for those who want to come and enjoy the music, and indulge in the many options laid out throughout the playground including different foods, beverages and vendors. For those who are looking for more, we will be offering a VIP package.

This will include meet and greets with your favorite musicians / bands, a complimentary TDRF shirt, early entry to the festival, lanyard pass with attached phone charger, after show VIP ballroom invitation with food and drinks, as well as front row access to watch your favorite bands and rock out with them.

Do you want in on the action?  Visit us at https://thedesertrockfest.com/ keep checking on our website, join the mailing list as announcements of the bands are announced and celebrity appearances are confirmed!