WASHINGTON, D.C. (MuseWire) – In November 2011, the UNESCO General Conference proclaimed April 30 as International Jazz Day. In celebration of the inaugural Jazz Day, a series of star-studded concerts headlined by UNESCO Goodwill Ambassador Herbie Hancock will be held in Paris, New Orleans, and New York April 27 and 30. These inaugural celebrations, and those to follow, will raise awareness of the role of jazz music in bridging ethnic, racial, and cultural divides and promoting international understanding, 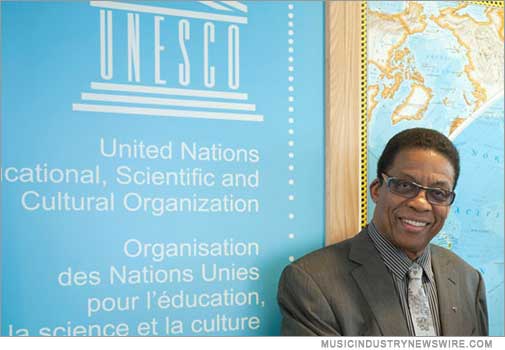 The celebrations will kick-off in Paris on April 27 with a full day of events including live performances, master classes, and discussions featuring Marcus Miller, Barbara Hendricks, and Hugh Masekela. And on April 30, a special sunrise concert will take place in New Orleans, the birthplace of jazz.

Throughout the concert, jazz experts and artists including Quincy Jones, Herbie Hancock, Dee Dee Bridgewater, Terence Blanchard, Ron Carter, and Jimmy Heath will participate in an interactive web chat backstage during the performances. Join the chat beginning at 23:00 UTC (7:00PM EDT) and watch the live stream of the two-hour New York concert beginning at 23:30 UTC (7:30PM EDT) at http://conx.state.gov/digital-diplomacy/. Follow the conversation on Twitter by using the hashtag #jazzday.