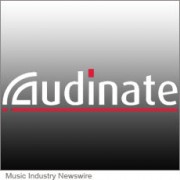 The OCA Alliance goal is to create an open public control standard for professional media network systems and to ensure the standardization of the Open Control Architecture (OCA) for a wide interoperability of professional audio equipment. The Alliance was formed to complete the technical definition of OCA, then to transfer its development to an accredited public standards organization.

“We have been following the developments of the OCA alliance since its inception and feel that being an Associate member is for us a good opportunity to be involved in this important alliance,” says David Myers, Audinate’s COO. “We are pleased that this initiative to have a common control architecture for AV manufacturers has gained so much momentum.”

“The OCA Alliance is very happy to welcome Audinate as an Associate Member. As a provider of an innovative and widely adopted media networking architecture, Audinate’s participation in The Alliance will be of great benefit for the standard and its adoptees alike,” says Bill Scott, OCA Alliance Chairman. “Audinate has been very supportive of OCA, and we are happy to have taken this support to the next level by adding Audinate as a member.”

About Audinate:
Audinate revolutionizes the way that AV systems are connected, by transporting high-quality media over standard IT networks. Audinate’s patented Dante media networking technology has been adopted by over 60 OEM manufacturers in the professional audio/visual industry. Dante is used extensively for live performance events, commercial installation, broadcast, recording and production, and communications systems. Audinate is a Promoter Member of the AVnu Alliance™. Audinate offices are located in US, United Kingdom and Australia. Visit www.audinate.com for the latest news and information on the company. Dante is Digital Media Networking Perfected.