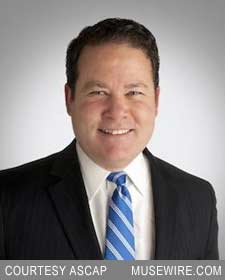 Rourke will be a key member of ASCAP’s 2016 executive management team and will be responsible for all of the organization’s financial matters across all business units on a global basis.

Commented Matthews: “ASCAP is in the midst of a major transformation into a new and modernized era in performing rights including the ability to provide our members and our licensing partners first-in-class services on a global basis. Paul has vast experience working in international markets around the world, setting up and developing the financial infrastructure to support growth in the media, technology and entertainment sectors. His global financial experience and ability to deliver excellent results on strategic initiatives will prove invaluable to ASCAP’s execution of our multi-year strategy. We look forward to having his expertise as part of ASCAP’s new executive management team.”

Added Rourke: “ASCAP is at the heart of driving a transformation in the music industry in ways that will ensure a healthy future for music creators, for licensees and for fans alike. As a music lover, I am thrilled about joining the ASCAP team, where I believe that I can make a real difference in the lives of ASCAP’s writer and publisher members by building an efficient, global and growth-driven financial infrastructure in support of ASCAP’s strategic vision.”

Rourke has held senior positions overseeing the financial operations at a variety of major entertainment companies and has led global growth initiatives in Europe, Asia, India and South America. Most recently he was EVP/CFO, Finance and Technology at Viacom International Media Networks from 2011 to 2015,where he also served as an active Board member on joint ventures in India and Korea. Rourke joined MTVN in 2006 as Senior Vice President, Corporate Finance.

Prior to joining MTVN, Rourke worked as Senior Vice President of Treasury Operations for CBS Radio, one of the largest major radio operators in the U.S. Rourke also served as Treasurer of Scient Inc., a New York based tech consulting firm, and held a number of positions at Young & Rubicam Inc, a marketing and communications company.

The American Society of Composers, Authors and Publishers (ASCAP) is a professional membership organization of songwriters, composers and music publishers of every kind of music. ASCAP’s mission is to license and promote the music of its members and foreign affiliates, obtain fair compensation for the public performance of their works and to distribute the royalties that it collects based upon those performances. ASCAP members write the world’s best-loved music and ASCAP has pioneered the efficient licensing of that music to hundreds of thousands of enterprises who use it to add value to their business – from bars, restaurants and retail, to radio, TV and cable, to Internet, mobile services and more.

The ASCAP license offers an efficient solution for businesses to legally perform ASCAP music while respecting the right of songwriters and composers to be paid fairly. With 555,000 members representing more than 10 million copyrighted works, ASCAP is the worldwide leader in performance royalties, service and advocacy for songwriters and composers, and the only American performing rights organization (PRO) owned and governed by its writer and publisher members. Learn more and stay in touch at www.ascap.com, on Twitter @ASCAP and on Facebook.