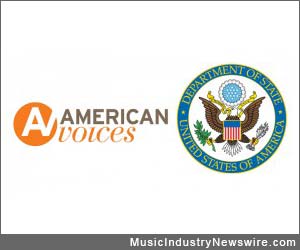 The American Music Abroad program, a partnership with American Voices, sends American musical groups overseas to engage with audiences and communities, especially underserved youth. This season’s 12 participating American Music Abroad groups were selected from a pool of nearly 300 applicants to travel to more than 40 countries to promote cross-cultural understanding through music.

The program builds on Secretary of State Hillary Rodham Clinton’s vision of “smart power,” which embraces the full range of diplomatic tools, including music, to engage people and create opportunities for greater understanding.